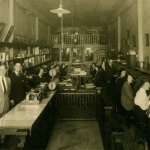 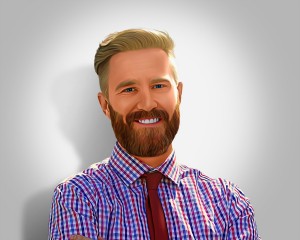 Phoenix is changing right before our eyes. With all the new restaurants, residences, events, and cultural hot spots skyrocketing around us, the downtown of yesteryear would be proud. But with so much recent focus on what lies ahead, we thought it would be fun to explore a bit of Phoenix’s past.

Here’s a round-up of businesses that were founded in the Central Phoenix area and have been in operation for at least 100 years: Photo Provided by Ryan Knak, Director of Marketing, Valley of the Sun YMCA.

Now: Today, the Lincoln Family Downtown YMCA remains one of the oldest and largest nonprofits in the state, serving over 100,000 people spanning across 18 different communities. After partnering with Arizona State University on a $25 million, 75,000 square feet addition in 2013, the “Y” now boasts a unique below ground indoor pool, a café, a gymnasium (featuring daily pick-up basketball games), and a 139-room hotel! Then: Founded by Bucky O’Neil in 1908, O’Neil Printing began by selling typewriters. As the company evolved from a letter writing business into a commercial printer, O’Neil was quick to embrace new trends in digital technology. It was a pioneer in the use of direct-to-consumer advertising and the first printer in Arizona to be approved for the Intelligent Mail barcode, used today to sort and track letters.

Now: O’Neil remains on the forefront of print communications, having earned repeated recognition for the quality of its commercial printing services. In 2009, the Phoenix Chamber of Commerce named O’Neil the IMPACT award winner for its commitment to forward-thinking environmental practices. The company prides itself on its “design-for-green” advice, which details the importance of decreasing a consumer’s carbon footprint throughout the printing process. Then: When C.F. Johnsen first opened Valley Machine Works, Inc. in 1909, it was powered by one five horsepower motor. As the years progressed and its specialization in the area of emergency industrial repair matured, the shop added a variety of precision machines, allowing for portable welding, parts modification and repair, and prototype fabrication.

Now: Valley Machine has now been family owned and operated for four generations. It continues to cater to an extensive list of companies throughout the Phoenix metro area, and maintains a unique, full-service welding and fabrication shop devoted to custom machining and welding, with portable repair, pick-up and delivery, and 24-hour emergency services. Then: Established by Albert Rosenberg in 1910, Hinkley’s Lighting Factory began as part of a hardware store at Jefferson St. and Central Ave. The wholesale and retail lighting center later moved its operations further north on Central Ave. and quickly became known for acquiring unique, upscale, merchandise. It’s rich history predates statehood, and its commitment to downtown is evident by its enduring presence along the light rail.

Now: While Rosenberg’s son-in-law, Bill Hinkley, still maintains a seat on its Board of Directors, the business is now under the immediate direction of the Jackson family. Its President, Michael, who bought the company in 1998, first started working at Hinkley’s at the age of 14 while attending Central High School across the street. Today, Hinkley’s boasts a 10,000 sq. ft. showroom at its uptown Phoenix location, with a 2,500 sq. ft. attached studio, featuring a gallery of their many lines of contemporary lighting fixtures, including sconces, pendants, and chandeliers. Then: What began in a Phoenix apartment building as the Arizona Deaconess Hospital in 1911, later evolved into the Good Samaritan Hospital in 1928. The facility proudly carried with it the Samaritan name, in one form or another, for over 70 years thereafter. And in 1999, a merger with Lutheran Health Systems finally led to the formation of Banner Health.

Now: In February 2015, Banner Health merged again, this time with the University of Arizona Health Network in Tucson, Arizona, to form Banner – University Medicine. Still headquartered in Phoenix, Banner remains one of the largest, nonprofit health care systems in the country, and a proud member of the downtown community. Then: Incorporated as Merchant’s and Manufacturer’s Exchange on February 15, 1912 (the day after Arizona became a state), Merchant’s originally functioned as a board of trade and better business bureau. It became a non-stock, member-owned corporation in 1928, and spent the following years acquiring and automating companies specializing in credit-reporting services.

Now: Its name was changed to Merchants Information Solutions, Inc. in 1999. Now with more than a 100 years of service and innovation, Merchants has become a leading provider of world-class identity theft and background screening solutions, staking claim as the largest employment screening provider in Arizona. Then: Phoenix Day was founded in 1915 to provide childcare services for mothers who entered the wartime workforce. In 1938, it became one of the first childcare centers to enroll and integrate children of all racial and ethnic backgrounds. In 1956, it moved to its current site on Tonto St. in Phoenix.

Now: Phoenix Day was re-incorporated as an Arizona nonprofit under its current name in 1982 and it continues to offer a safe and nurturing environment to help children and their families live, learn, and prosper. Its primary program offerings include: 1) A nationally accredited, bilingual Early Childhood Education program for children ages six weeks to 5 years, and 2) a HealthLinks program that assists low-income individuals and families enroll for various health and nutrition related services and benefits.