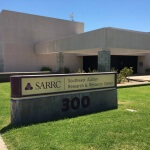 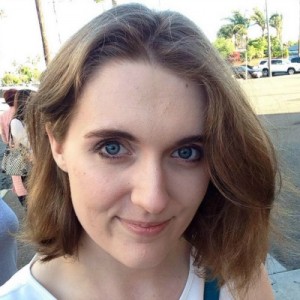 A lack of funding for helping adults with autism means those who need more assistance to live independently often struggle to find adequate resources. In many cases, they end up living with their parents, who can’t always provide the help their children need.

However, in the central Phoenix area there are several organizations working to provide these resources through a variety of methods, including Southwest Autism Research & Resource Center (SARRC) and First Place Arizona. A report put together by Arizona State University puts into plain numbers a wide gap between individuals with autism and their non-autistic peers: A 2008 survey reported that 79 percent of surveyed individuals with an Autism Spectrum Disorder ages 19-30 lived with their parents. The survey showed that of individuals in the same age range without an Autism Spectrum Disorder, only 32 percent lived with their parents.

The Adults with ASD Work Group conducted an online survey of adults with autism, and reported 44 percent of surveyed adults are unemployed, and 35 percent are unemployed without supports, like parents or government assistance.

The Autism Spectrum Disorder Advisory Committee submitted their recommendations to the governor of Arizona with advice for Arizona’s Health and Human Services in regards to helping individuals with autism, including adults.

In the paper, the committee recommended the state of Arizona research and develop new services and resources for adults with autism in order to “increase quality of life, maximize independence to the greatest degree possible and reduce the cost associated with lifelong support and care of this burgeoning new population of adults.”

Most individuals with autism receive assistance and resources through the Arizona school system, according to the report of recommendations. However, those resources typically stop after high school.

Organizations like SARRC and First Place Arizona are working to bridge this gap.

“Once they reach the adult level, there’s a drastic withdrawal of support, especially at the government level,” said Jeff Ross, executive director of First Place Arizona, an organization that provides unique housing opportunities, training and support that helps adults with autism live more independently. They are also SARRC’s sister organization. “It’s not assisted living, we prefer to call it independent living,” said Ross.

Residents at First Place take classes at Gateway Community College that focus on skills for daily living and employment. One of First Place’s goals is for young adults to learn skills in an independent space that helps them become independent, Ross said.

First Place Arizona does not receive any funding from the state of Arizona, and costs are covered by “tuition” paid to the organization.

“It’s difficult to get funding for adult residential homes,” Ross said. With government funding, First Place could accept those who can’t afford the costs on their own, he said.

This kind of “transition to independent living,” as Ross calls it, is new to Arizona, he said. Before he came here, Ross designed and ran a similar program in California with Taft College, called the Transition to Independent Living Program.

“95 percent of our graduates live independently,” Ross said of the California program. “I am confident of the same outcome here,” he said.

Ross said First Place will act as an inspiration for other independent living organizations.

He said the real key to improving resources for adults with autism is redirecting available government resources already in place for adults. Ross said the state only provides funds in limited categories, and available rehabilitation services need to be more encompassing.

“There needs to be a broader interpretation of rehabilitation services,” he said. According to their website, SARRC is known internationally for their dedication to “autism research, education, evidence-based treatment, and community outreach.” They are one of the “only autism organizations in the world that provides a lifetime of services for individuals and their families while also conducting cutting edge research.”

SAARC has multiple locations in the central Phoenix area and offers a range of resources, including employment services. This includes partnerships with many businesses in Arizona, as well as internship opportunities with their program, Beneficial Beans. SARRC also provides staff for First Place Arizona.

“After high school, a lot of supports end,” Resnik said. “We wanted to create more options for children and adults.”

Debbie Mulder, a clinical manager of Center for Autism and Related Disorders in Arizona, said the biggest thing Arizona can do is raise awareness of autism.

“Awareness and acceptance is important, because that leads to more individuals that can be part of the community,” she said. Mulder said she would like to see more partnerships with local companies to provide even more employment support and opportunities.

“More opportunities lead to a great future,” she said.