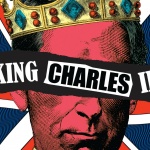 Arizona Theatre Company’s (ATC) Board of Trustees has announced that the curtain will rise on its 50th anniversary season after a successful $2 million fund-raising effort to allow ATC to continue operations and begin preparations for the first show of 2016-17.  A flurry of pledges and commitments during the final hours of the campaign and completed over the weekend put the effort at the $2 million mark. “To say we are thrilled to be able to make this announcement is the understatement of all understatements,” said ATC Board of Trustees Chair Lynne Wood Dusenberry.  “These last two weeks have caused many sleepless nights, but the outpouring of support, even from those who were unable to contribute to the effort, has been simply overwhelming.  And to those who so generously donated to the effort, at whatever level they could afford, we can only offer our deep thanks and a promise to take every necessary step to ensure that ATC is in a position to produce 50 more seasons. At the same time, as wonderful as this day is, there is still much work to be done on both the fund-raising side and organizationally to ensure ATC’s long-term financial and artistic stability.”

Tucson business leader Mike Kasser, who guaranteed that $1 million would come from Tucson if the second million could be raised from donors in Phoenix said that “I’m so happy that this effort came together and reached the goal.  With over 700 small-to-medium size donors, It was like a crowd-funding campaign without the Internet.  I also very much appreciate the support from Phoenix Mayor Greg Stanton and Tucson Mayor Jonathan Rothschild as well as several large donors.  We know that this does not represent the end of our fund-raising focus, but now ATC can move forward with a very exciting season and plan for the future.”

Artistic Director David Ira Goldstein, for whom the 2016-17 season will be his 25th, expressed his “heartfelt and abiding gratitude for this outpouring of support from across the state and throughout the country.  It makes it possible for Arizona Theatre Company to continue building the legacy of a remarkable professional theatre for diverse audiences, students and families throughout the region. I assure our community that we understand our responsibility as the stewards of this great organization, now entering its sixth decade.” Goldstein also thanked Phoenix Mayor Stanton, Tucson Mayor Rothschild, Phoenix Council member and Arts Subcommittee Chair Laura Pastor and individual donors “for their heroic efforts on behalf of Arizona Theatre Company.  Our artists are chomping at the bit to get back to telling stories that move, enlighten, entertain and connect us to our world.  Starting today, it’s full speed ahead towards our first performance of the season.”

Managing Director Billy Russo said ATC senior management and board members have already begun strategic discussions to determine “the shape and scope of the 2016-17 season so that we can reduce production and operational expenses where possible and assess projected revenues to ensure that ATC produces this season with maximum efficiency.”

Season ticket packages offering full-season access and individual show packages are on sale immediately.  Single tickets to King Charles III and An Act of God will go on sale in the next two weeks. Call the box office in Tucson at (520) 622-2823 or in Phoenix at (602) 256-6995.

Additional information about the 50th anniversary season will be announced to season subscribers and ticket holders “once those decisions have been made,” Russo said.