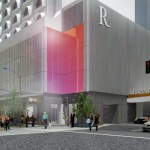 PHXHotel, LLC, owner of the Renaissance Phoenix Downtown hotel, has committed to improve Adams Street in accordance with the Adams Street Activation Study completed in 2013 via a City contract with the Gensler & Associates architectural firm. PHXHotel LLC has engaged Gensler to complete a detailed plan based on this Study for Adams Street between Central Avenue and First Street; the resulting design includes enhanced streetscape, shade, lighting and signage, provisions for new food and beverage, accommodations for special events and the relocation of the Renaissance Hotel’s main entrance to First Street. The project will also include a renovated façade, an expanded lobby, an improved arrival experience and open-air food and beverage venues with a priority for experienced local operators.

Top Phoenix officials are praising the new activation plan for Adams Street in front of the Renaissance Phoenix Downtown Hotel. The project was approved by the Mayor and City Council in October and will transform Adams Street into an engaging pedestrian friendly experience.

“The Adams Street Project is wonderful,” said Councilman Michael Nowakowski, who represents the area. “It’s the gateway in front of our Convention Center.” PHXHotel LLC has teamed with Marriott International, the manager of the Renaissance Phoenix Downtown Hotel, to commit more than $10 million dollars toward realizing the City Council’s original vision, at no cost to Phoenix taxpayers. Construction will begin the second quarter of 2016. Steven Cohn, CEO of PHXHotel LLC, said, “We are putting our best offerings on the street by developing amenities for the neighborhood that our guests can enjoy. The original Gensler Study is valuable because it tells us what the neighborhood said it wanted and needed and we intend to incorporate every aspect that we can. We will be very selective about our food and beverage tenants to ensure that each venue complements the others and enhances the new Adams Street experience. Our overriding objective is to create unique and exciting discoveries for both local residents and hotel guests. Jon Erickson, Director of Sales and Marketing for the hotel, is coordinating research into which prospective tenants will be invited to participate in this exciting new project.”

At the October 28 City Council meeting, Mayor Greg Stanton thanked the Renaissance Phoenix Downtown Hotel for investing in the city. “This block is the front door to visitors from all over the country and the globe connecting our Convention Center to the rest of downtown,” said Stanton.

“I want to thank all the stakeholders who came together 3-4 years ago to think outside the box on how to become more of a vibrant downtown,” said Phoenix Councilmember Michael Nowakowski. “I also want to thank the Renaissance Phoenix Downtown Hotel for their commitment to downtown and all of their hard work.”