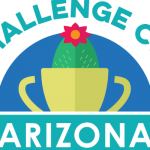 Global startup incubator and seed fund 1776 and CO+HOOTS will join forces in Phoenix on November 14 to host Challenge Cup 2015, an annual global pitch competition spanning more than 50 cities around the world to identify the most promising startups with the best ideas to solve the world’s biggest challenges. The event, which will be held at The Newton (300 W. Camelback) underscores Arizona’s vibrant startup community and the contributions its innovators are making in tackling some of the world’s most difficult and intractable social challenges.

“We’re thrilled to join with CO+HOOTS to bring the Challenge Cup to Arizona, home to an inspiring community of entrepreneurs who are focused on solving the complex, intractable problems that affect millions,” said 1776 cofounder Donna Harris. “More than just a competition, the Challenge Cup is a global movement to help identify the most promising startups and give them an opportunity to share their vision on a global stage. We can’t wait to see what Arizona has to offer.”

Challenge Cup participants compete for $1 million in prizes as well as the chance to connect with the investors, customers, media and other key relationships that can help them succeed on a global scale.

“We are excited to partner with 1776 to provide these leaders with a platform for accessing global resources that will help them grow their companies and achieve their full potential,” said Jenny Poon, CO +HOOTS founder.

Including Phoenix, Challenge Cup 2016 will take place in more than 50 cities around the world, ranging from traditional startup hubs to emerging cities. Collectively, the cities will select 135 startups to participate in 9 regional competitions—Eastern North America, Eastern Mediterranean/Europe, Africa, Western North America, Western Europe, Eastern Asia, Latin America, Middle East/North Africa, and India/SE Asia/Oceania—during which the field will be winnowed down to 45 startup competitors. These 45 regional winners will join 45 additional wildcard slots to compete for $1 million in cash prizes and funding at the global finals in Washington, D.C. during 1776’s Challenge Festival, a weeklong festival in June 2016 exploring innovation in regulated markets. This is the third year of the Challenge Cup, following two enormously successful rounds that resulted in 1776 investments in several startups.