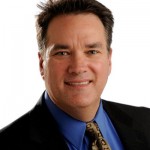 Kevin Dale, a senior editor who helped lead The Denver Post to a Pulitzer Prize and drive the newspaper’s digital transformation, has been named executive editor of Cronkite News at Arizona PBS, a multiplatform daily news operation and innovation hub operated by the Walter Cronkite School of Journalism and Mass Communication at Arizona State University. Dale will be responsible for all news-gathering operations, overseeing 15 full-time editor/professors and more than 120 students who produce daily news content on TV and digital platforms for Arizona audiences. Cronkite News is the news division of Arizona PBS, the state’s main PBS station. Reaching 1.9 million households, it is the nation’s largest media outlet operated by a journalism school.

With news bureaus in Phoenix, Washington and Los Angeles, Cronkite News produces a 30-minute daily newscast on Arizona PBS and a mobile-engaged digital news site at cronkitenews.azpbs.org. It serves as an immersive and innovative learning laboratory for students and a place of experimentation and innovation for the industry, where new models of news gathering, delivery and engagement can be tested.

Dale, who will hold the rank of professor of practice, will assume the newly created executive editor position Aug. 31.

“The mission of Cronkite News and the school of journalism is one of the most exciting things I’ve seen in media,” Dale said. “I’m profoundly honored to join this talented team. I can’t think of anything more fun – and meaningful – than being part of a news organization that tackles innovation and storytelling on important subjects with the next generation of journalists.”

Dale has more than 20 years of senior-level leadership experience. He is the second-ranking newsroom executive at The Denver Post, where he is responsible for digital and print content. He directed coverage of the Aurora theater shootings, which won the 2013 Pulitzer Prize for Breaking News. He also supervised two other reporting projects that were Pulitzer finalists – an investigation into the use of a marijuana derivative in the treatment of children with seizures and coverage of a devastating 2012 Colorado wildfire.

Under his leadership, the Post has become one of the nation’s most digitally forward newspapers, with a robust presence on the Web, mobile devices and social media. The Post is a top-10 newspaper on Facebook and has hundreds of thousands of Twitter followers.

Dale also helped develop the Post’s video strategy of live, taped and remote broadcasts. The newspaper produces Denver Post TV on the Web, providing broadcast-style news updates and video stories. Last month, Denver Post TV won four Heartland Emmy Awards, bringing its total to more than 30 in the past six years. A video project about homeless students is nominated for a 2015 national Emmy in the category of “new approaches” to news coverage. Before being named news director at the Post, Dale was in charge of the newspaper’s Sunday edition, the ninth-largest Sunday newspaper in the nation. He also was responsible for the Post’s investigative reporting projects and led the Post’s coverage of the 2008 presidential campaign, including the Democratic National Convention in Denver. He began his tenure at the Post in 2000 as assistant managing editor for sports, overseeing coverage of major events that included Super Bowls and Olympics.

Earlier in his career, he was senior assignment editor for the sports department of USA Today, supervising coverage of sports business, investigations and features. He also served as managing editor of The Journal News in Westchester County, N.Y., managing editor of the Fort Worth (Texas) Star-Telegram, and deputy sports editor at the Los Angeles Daily News. He began his career reporting for several small newspapers in California and Kansas.

Dale holds a bachelor’s degree in journalism and mass communication from Kansas State University. He has served as a Pulitzer juror and is active in the Online News Association, the world’s largest association of digital journalists.