Wire | Beer and Birds: Craft Brews for Conservation at Audubon 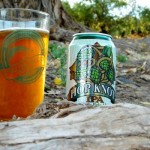 The first keg of Western Rivers Ale will be tapped on August 1 at the “Tapping into Conservation” Launch Party at the Nina Mason Pulliam Rio Salado Audubon Center in Phoenix, from 6:30 -9:30 p.m. The launch party, unlike anything else in the Valley this summer, will feature live music from local band World Class Thugs. Admission is free, and beer will be sold for $3 each; ages 21+. Western Rivers Ale will debut among Four Peaks Brewing Company’s already popular line of craft beers. This beer, however, is on a mission: to raise awareness of the plight of the Western Yellow-Billed Cuckoo, just designated as “threatened” in October 2014.

“Conservation is something everyone should be concerned about,” said Steven Prager, a Teacher-Naturalist at Audubon Arizona and the leader of this initiative. “Connecting a beer with bird conservation is a way to promote awareness of the Yellow-Billed Cuckoo to a wider audience.”

The Yellow-Billed Cuckoo’s population has declined due to reduced natural river habitat. A combination of drought, invasive species, over-allocation, and unsustainable management threaten the Colorado River and its tributaries as well as the wildlife and communities that depend on them. Western Rivers Ale also aims to draw new members to the Western Rivers Action Network, Audubon’s grassroots network of 35,000 citizens across three states who take action to preserve rivers in the western U.S.

After the launch party, Western Rivers Ale can be purchased at both Four Peaks Brewing Company locations in Tempe and Scottsdale until August 31 – or until supplies run out. There will be a second brew this winter featuring the Sandhill Crane. The initiative also includes Toyota Together Green and the Phoenix Center for the Arts.

Audubon Arizona is a 501 (c) 3 nonprofit organization with the mission of connecting people with nature, using science, education, and advocacy to protect Arizona’s birds, other wildlife, and their habitats for the benefit of humanity and earth’s biodiversity.