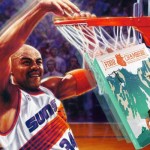 Four Chambers—what certain members of the community are calling Phoenix’s pre-eminent literary magazine (but only in jest)—has just released its second issue. The magazine—which measures a satisfying 6” x 9”, is exactly 152 pages long, has relaxing margins, and is printed on a luxurious 70# Husky White in an pleasantly legible 10 pt font—features 13 short stories and 62 poems from 64 authors—about 50% local—including but not limited to the following names you may or may not recognize: Allyson Boggess; Dexter L. Booth; Josh Rathkamp; Jefferson Carter; Gregory Sherl; Jack Evans; Kimberly Mathes; Elizabeth McNeil; and many more. As far as aesthetics are concerned, Four Chambers is just trying to publish contemporary work. “We don’t know exactly what that means, but I think not knowing exactly what contemporary art means is part of what it means to make contemporary art in the first place.” That’s Jake Friedman, Founder and Editor in Chief, explaining the goals of the magazine in the third person, using words he has used to other people in other places at other times. He continues, “We’re just trying to put together something that’s eclectic, accessible, contemporary, and diverse. We’re inclusive. We don’t limit ourselves. We want to provide something for everybody. We’re trying to create a market for independent / grassroots literature. We like lots of different things.”

Friedman looks off into the distance and thinks about going further than is probably necessary or appropriate for a press release. Four Chambers is a heart, after all: something central, organic, and part ofa larger body that connects, supports and circulates life. It views itself as tied to the cultural development of Phoenix more generally speaking; while it’s relatively easy for people to find and consume music, visual art, dance, theatre, and other forms of art here in the Valley, it’s still relatively difficult for people to engage with literature. There are so many people here who are already doing fantastic things for literature. But as more or less the only independent literary magazine in Phoenix with a degree of public presence and visibility, Four Chambers is in a unique position to help bring greater visibility to the literary arts and encourage their larger participation in the cultural scene. In this vein, Four Chambers also places a strong emphasis on organizing various events and programming that present literature in relatively novel forms and seeks to create meaningful and relevant public art (e.g. the Festival of Literary Oddities last March, the Literary Flash Mob on the Light Rail just a few weeks ago, a wine tasting or Valentine’s Day dance and dinner in February, and some exciting stuff for Art Detour in the Spring). Four Chambers isn’t just publishing a literary magazine. It’s legitimately trying to make this place a better a city. It’s legitimately trying to build a stronger community. But this is already too long and it’s time to move on.

Topics covered in Four Chambers 02 include but are not limited to: sex with Anne Hathaway; relationship problems created when you have a genetic condition that causes flowers to grow out of your wounds; twenty things you should know by the age of 30; miscommunications with soldiers from World War II; local churches falling in love with area libraries; Phoenix daycare children eating fake snow; Xanax; delivering bread; the Israeli-Palestine conflict; thoughts on Allen Ginsberg’s “Suffering Eastern night sweats and Tangerian bone-grindings” while listening to punk rock music / The Smiths; nervous breakdowns in the Dutch section of the art museum; basketball; team-building activities; Juggalos; Sigmund Freud; and many more.

Four Chambers 02 is available for purchase online at the magazine’s website, at select venues around the Valley, at any number of events and programs through December (First Fridays, the Downtown Phoenix Public Market every 1st and 3rd Saturday, etc etc), or by contacting the magazine directly. Review copies are available upon request. Submissions are also currently open for Issue 03.

More information and sample work is available online at http://fourchamberspress.com/issue02.