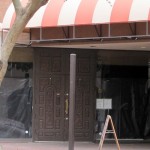 The city of Phoenix is seeking proposals from proposers who can help revitalize the Adams Street corridor in downtown Phoenix.  Proposals that would rejuvenate the area along Adams and Second streets, adjacent to the Phoenix Convention Center and downtown hotels are highly encouraged. Proposers should address how their business will create vibrant places and active spaces that attract local residents and visitors to downtown Phoenix. The former location of the Matador restaurant is one of five spaces included in the City’s RFP.

Proposals shall identify self-sustaining uses that support and enhance the experience for locals, convention attendees and visitors, downtown workers, residents, students and other downtown visitors.  Successful proposer will generate increased sales and income taxes as well as rental revenues for the city.

The results of the recently commissioned Adams Street Activation Study encouraged restaurant, retail shops, and other uses that support and enhance sidewalk activity on Adams St. at the Regency Garage.  There are five retail spaces available for lease, including:

The study of the Adams Street corridor is the vision and blueprint for the future. The proposal that achieves this goal is highly encouraged. For more information on the Adams Street Activation Study, visit phoenix.gov/econdev/reinvest/major-reinvestment-focus-areas. A Pre-proposal conference and site tour will be held on Sept. 25 at 10 a.m., at the Phoenix Convention Center West Building, Room 102B.  Proposals will be accepted until Oct. 16 at noon.  For more information about this process, please call 602-495-5307.

About the Phoenix Convention Center & Venues:

Image provided by City of Phoenix