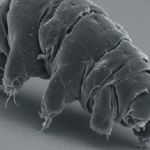 Our insatiable curiosity about how things work finds answers in Stuff Matters: Exploring the Marvelous Materials That Shape Our Man-Made World, thanks to the enthralling storytelling of Mark Miodownik, Professor of Materials and Society at University College London. Miodownik, who says he “believes passionately that to engineer is human,” delves into the composition of chocolate, glass, paper, and elastic, visiting a diamond planet along the way.

Oncologist Siddhartha Mukherjee investigates the terrifying history of a killer in The Emperor of All Maladies: A Biography of Cancer, reaching back to a tumor description written on Egyptian papyrus around 1600 B.C. and following the trail through President Nixon’s National Cancer Act of 1971, on into the present day. Close to home, two laboratory directors at Phoenix’s Barrow Neurological Institute combine magic with neuroscience. Respected researchers Stephen Macknik and Susan Martinez-Conde belong to the Academy of Magical Arts, the UK’s Magic Circle, the Society of American Magicians, and the International Brotherhood of Magicians. Sleights of Mind: What the Neuroscience of Magic Reveals About Our Everyday Deceptions makes the connection between magical illusions and cognitive behavior from marketing to education.

Garbology: Our Dirty Love Affair With Trash comes from Pulitzer Prize-winning journalist and author Edward Humes, who’s written about topics ranging from assassination to Wal-Mart to religion to Chardonnay. Humes tackles America’s waste by illuminating a vast culture of disposable goods in which we each produce 7.1 pounds of garbage each day — 102 tons in a lifetime. He also strikes a note of optimism by exploring eco-conscious initiatives involving earthworms, compost, and art.

When it comes to color, NYU marketing and psychology professor Adam Alter thinks pink…Drunk Tank Pink. Alter looks at behavior-influencing cues like weather patterns, the sound of someone’s name, and paint color, all of which can change our decisions in surprising ways. Contemporary artist and photographer Rachel Sussman focuses on continuously living organisms 2000 years old and older in her first book, The Oldest Living Things in the World, with essays by New York Times science columnist Carl Zimmer and curator Hans Ulrich Obrist to complement her 124 images. A meditative combination of art and science, Sussman’s book travels around the globe to find the beauty of ancient moss, deep-sea coral beds, the honey mushroom of Utah, and 400,000-year-old Siberian actinobacteria. Journalist and writer Caspar Henderson finds equally fascinating non-human life-forms in The Book of Barely Imagined Beings, with its 27 gloriously fantastic portraits. Henderson combines science, history, legend and philosophy in his depictions of strange and wondrous creatures like the appealing and astonishingly resilient tardigrade (also known as the waterbear), a microscopic metazoan which can survive unprotected in the vacuum of space. Lose yourself in the author’s astoundingly detailed companion blog of notes for the book.

Back in the realm of humanity, Dava Sobel is a former New York Times science reporter and long-time contributor to Audubon and The New Yorker. Sobel flexes her storytelling muscles in Galileo’s Daughter, a refreshingly intimate and personal glimpse of the love and affection between the groundbreaking scientist and his oldest daughter. Drawn from the letters of the cloistered Sister Maria Celeste to her father, Sobel’s narrative reveals the nun’s nurturing support as Galileo struggled with accusations of heresy, his personal faith, and political battles in the papal court.

Share your own science-related book suggestions in the comments, and watch for our next list of summer reading ideas.

Thanks to librarian René Tanner.