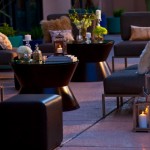 The fourth annual Social Media Day Phoenix is quickly approaching, generating excitement from social media enthusiasts across the Valley. The celebration, which is scheduled to take place June 28th from 6 to 10 pm at the Renaissance Phoenix Downtown Hotel, recently released its event schedule, announcing this year’s content sessions and speakers. The sessions take place at the Renaissance Phoenix Downtown Hotel.

Attendees will begin the evening by participating in three, 20-minute programs focused on various aspects of social media and marketing.

Laura Rogal, an attorney with Jaburg Wilk Attorneys at Law, will present the first seminar: “The Not-So-Fine Line of Social Media & Copyright Infringement.” In this presentation, Rogal will discuss the potential legal issues, including copyright, trademark and defamation, associated with using content from public websites on one’s social platforms. She will share quick tips of what you need to know now to ensure you are compliant.

Next, Kevin Spidel, director of agency services at Voice Media Group, will present on “Advertising & Social Media Today,” sharing insight into gaining the most traction on today’s “pay for play” social media outlets.

The final presentation will feature a panel of speakers discussing “Social Media #Fails,” a discussion about the potential pitfalls and positives of using social media to market your business and yourself. The panel will include Allison Michels of Yammer/Microsoft, MoniQue Shaldjian of QtheBrand, and Jim Simmons with CDS Insurance Agency.

Following the content sessions, participants will experience an evening of networking, with cool drinks, light eats and prizes from notable sponsors. Everyone will wear a color-coded sticker on their nametag to divide them into categories, including networking, social media users and fans, companies that utilize social media, and social media managers. The stickers will help like-minded attendees network more efficiently in the short period of time. This year, the celebration is being hosted and managed by MoniQue Shaldjian, owner of QtheBrand, a Phoenix-based digital marketing company specializing in social media, SEO, web development and branding. Shaldjian has refocused this year’s event, taking comments from past celebrations and putting a fresh spin on the content portion. The programming will be more condensed and focused on meaningful information. Attendees will get to engage in more conversations about the future of social media, new methodologies and what mistakes to avoid.

Social Media Day was created by social media giant Mashable in 2010 to celebrate the digital revolution, and has grown tremendously since its inception. Today, Social Media Day (#SMDay) has transformed into a worldwide celebration that is recognized by more than 100 countries, six continents and 17 U.S. cities.

TICKETS: Tickets are $25 and can be reserved at SMDayPHX.eventbrite.com. Space is limited, so reserve your tickets now!