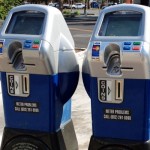 The city of Phoenix Street Transportation Department is seeking input from residents, commuters and business owners on proposed changes to parking meter rates and hours. The Phoenix City Council will consider what related policy changes to implement at its June 18 formal meeting. The proposed changes could include the extension of meter hours on weekdays, the addition of meter enforcement on weekends, and changes to parking meter rates to accommodate dynamic pricing during different times of day, and in different parking area zones. Dynamic pricing rates could range from as little as 50 cents an hour in less busy areas to $6 an hour during large downtown events. The proposed changes could generate an additional $1 to $2 million annually for the city’s General Fund and increase parking turnover in busy downtown and central Phoenix areas.

To gather feedback, the Street Transportation Department is holding two open houses on Wednesday, May 28, at the times and locations below:

Categories: From the Wire, Getting Around, Innovate