Creation of Character at Hollywood Costume 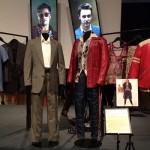 Dorothy’s ruby red slippers. Indiana Jones’ hat. Harry Potter’s cloak. All conjure images of characters deeply ingrained in movie culture. These accessories not only define individual characters, they immediately transport us back to the fantasy movie worlds they inhabited: the Emerald City, the Temple of Doom, or Hogwarts.

When looking back on other movies, the clothing is less easily identifiable to a character, as might be the case with Heath Ledger’s character Ennis Del Mar and Jake Gyllenhaal’s Jack Twist, the cowboys in Brokeback Mountain. Upon first glance, the plaid and denim they wore are simply cowboy uniforms, but, as any good costume designer knows, it is that imperceptible skill—of finding the exact wash and cut of denim, the proper tailoring of the shirt—that makes an outfit look natural and not like a “costume,” that is the true craft behind costume design. The shirts provided a thread throughout the film, and came to embody the whole arc of the characters’ lives.

It is this creation of character, of individuals and their stories that defines a costume designer to Dr. Deborah Nadoolman Landis, curator of the Phoenix Art Museum’s Hollywood Costume exhibit, which opens on Wednesday, March 26th. “We’re storytellers,” she says of her fellow designers. While “we start with the words,” she says, giving credence to film writers, “we create the people in the movies.” For anyone who questions the validity of an exhibit titled Hollywood Costume being shown in an art museum, Phoenix Art Museum Director Jim Ballinger believes that over the past several decades, “film has become one of the great art forms, and continues to be so,” thus linking the movies with the myriad of other art forms represented throughout the museum. Additionally, there is a “great tradition of ongoing fashion design” represented at the museum, deftly portrayed through shows by Curator of Fashion Design, Denita Sewell, making this exhibit right at home here at PAM.

In what Ballinger calls “one of the most important shows we’ve brought here,” over 100 costumes from movies spanning the history of film fill the exhibit. Hollywood Costume was on view last year at London’s Victoria and Albert Museum. Its only other U.S. stop was at the Virginia Museum of Fine Art. Here at PAM, there are two notable additions to the show—the shimmering white dress worn by Jennifer Lawrence’s character Rosalyn Rosenfield in American Hustle, and Christian Bale’s Irving Rosenfield’s blue velvet suit. Neither outfit have been seen outside of the movie set.

To Landis, costume design has both a narrative and visual importance. While the obvious connotation of the word costume conjures flamboyant, outlandish getups, “the superficial,” as she refers to them, Landis says that “the best costumes are the ones you never notice.” All movies require costumes, clothing to create the character. That is where the costume designer steps in. “The director is asking us to believe that everyone in the movie has a life before the movie begins. We [as viewers] are joining the people in the movie. Who are they? And that’s the question that every costume designer must ask,” according to Landis.

Landis, who was nominated for an Academy Award for 1988’s Coming to America, designed the costumes for Michael Jackson’s iconic music video for Thriller, and served as costume designer for Animal House and Raiders of the Lost Ark, among others.

Her costumes for Indiana Jones serve as a focal point within the exhibition. Director Steven Spielberg, film star Harrison Ford and Landis worked together in crafting the look that would become the trademark for scholarly adventure heroes. A digital screen above the costume dissects each element of Indiana Jones’ outfit, from the pockets on his shirt, to the leather used in his boots and jacket, to the detailing of the whip, and of course, his hat.

Other notable displays include a montage of Elizabethean couture, from outfits worn by actresses playing the venerable Queen to those worn in Shakespeare in Love. While the the exhibit spans eras, with costumes  from The Wizard of Oz through the recent American Hustle, the majority of the clothing is from the past few decades. Standouts include outfits from Vertigo, The Birds, The Seven Year Itch, and Funny Girl, while more recent creations from The Big Lebowski, Oceans Eleven, Fight Club, and even Twilight all have their place.

While bejeweled gowns abound, the show equally represents men’s and women’s fashions, just as movies do not simply represent one gender’s perspective. Who would James Bond be without his signature tux, or The Dude be without his fuzzy gray robe? These looks are just as significant as Eliza Doolittle’s in My Fair Lady or Satine’s in Moulin Rouge.

Accompanying Hollywood Costume is a small exhibit of 12 gowns, called Hollywood Red Carpet. These are the dresses that one identifies with the actresses who play the movie characters. These dresses represent their glamorous versions of themselves, dolled up to attend the Academy Awards. Landis described that it is this differentiation that separates costume and fashion designers. After often looking unattractive or downplaying their looks in costume, on camera, the fashion the actresses choose to wear on the red carpet enhances their best self.

Landis believes that her exhibition “is not about the clothes. It’s an exhibition that has the wrong name.” While one will certainly leave Hollywood Costume having viewed more outfits than on an average shopping trip, she is right. It is both a celebration of and tribute to the movies, as with each dress, hat and jacket, the memories that item worn on the big screen comes rushing back. Seeing Rose’s (Kate Winslett’s) structured suit and large hat instantly bring back not only her first moment onscreen in Titanic, but the entire three-hour opus and the love affair between Jack and Rose.

The splendor of the clothing, the artistry of the design and the juxtaposition between fashion and cinema provide a fantastical tour through the history of movies.

The museum has extended its hours for Hollywood Costume. Timed tickets can be purchased in advance of your visit here.

Click Through to View a Slideshow of Images from the Exhibition: 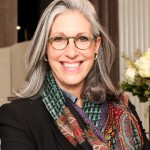 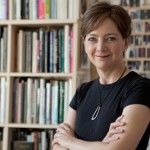 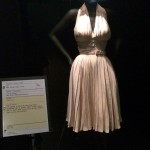 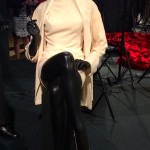 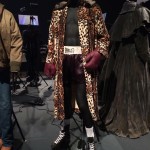 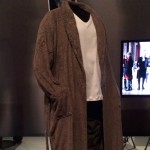 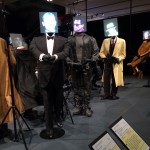 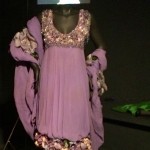 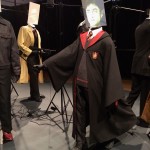 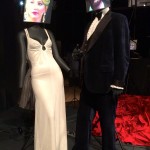 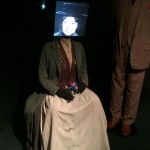 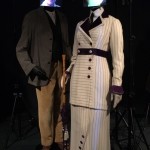 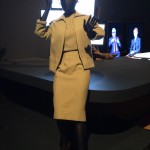 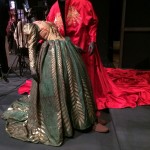 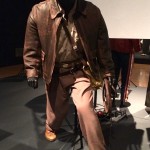 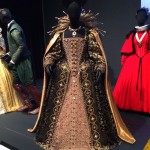 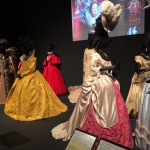 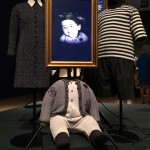 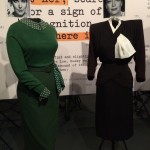 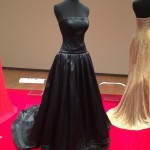 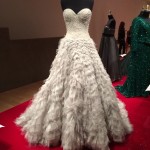