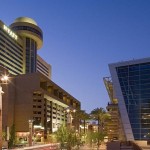 First of all, thank you for your feedback and additions to our 2013 “positives” list. The most current list, which grew by several more, can be viewed here on Downtown Phoenix Journal.

And speaking of the media, The Wall Street Journal published an extensive “Guide to the Ultimate Long Weekend in Phoenix” on January 17th. You’ll be proud that numerous downtown and midtown Phoenix locales made the list. Then, look what readers of the New York Daily News saw upon opening their Saturday paper: a Phoenix GRID bike share bicycle on the streets of New York. Word’s getting around.

Mayor Greg Stanton has appointed District 7 Councilman Michael Nowakowski to the Downtown Phoenix, Inc. Board of Directors. In addition to representing much of downtown, Councilman Nowakowski has a strong background in events and marketing which will be an important benefit to the DPI leadership team. The Mayor also reappointed Cindy Dach from Roosevelt Row Community Development Corp., Tim Eigo from Downtown Voices Coalition, and Kimber Lanning from Local First Arizona as his designees on the DPI Board.

These next few months are filling up rapidly with an impressive line-up of downtown events and activities. Mark your calendar and get ready for the following: And here’s one event we just have to focus on because (a) it’s coming up soon and (b) the whole “warm sun versus frigid cold” thing… Bag some rays while watching this year’s Big Game (being played in New Jersey… brrr!) and celebrate the official start of the countdown to next year’s Super Bowl XLIX being played right here in the Valley.

Leadership and advocacy are critical elements of effective community development. Where do you see this occurring?

The U.S. Environmental Protection Agency Administrator, Gina McCarthy, visited Phoenix a few weeks ago and toured places and projects demonstrating Phoenix’s commitment to a more sustainable city. McCarthy’s favorite stop was Grand Avenue, not only for the excellent piece of pie she enjoyed at Bragg’s Factory Diner, but because the recent streetscape improvements from Seventh Avenue to Roosevelt along Grand emanated from recommendations outlined in the EPA’s Greening America’s Capitals grant awarded to Phoenix in 2011.

With the economy picking up, the California-based Hansji Urban is progressing with its $80 million, 19-story Luhrs City Center Marriott to be situated at the northwest corner of Madison Street and Central Avenue. In the mid-2000s, the City of Phoenix allowed for the demolition and development of the 1912 Luhrs Central building (where the Marriott Courtyard and Residence Inn are slated to go) in order to protect and renovate three other historic buildings on the same block – the 1924 Luhrs Building, 1929 Luhrs Tower, and Luhrs Post Office Station and Arcade in-between the two taller structures. Across the street, at the southeast corner of Jefferson and Central there’s movement afoot to revitalize the 1915 Jefferson Hotel (now known as the Barrister Building and former home of the Phoenix Police Museum and several city departments). Last fall, the Phoenix City Council voted to conduct a formal bid process to sell or lease the building with a conservation easement to maintain the historic facade. Valued at approximately $1.5 million, the building will be put on the market in the next few months by the City. Potential future uses could be a hotel, restaurant, retail shops, or offices.

The Phoenix City Council approved the proposed mixed-use new construction project on two vacant city-owned parcels and the renovation and adaptive reuse of the historic Leighton G. Knipe House, all situated on North Second Street, between Roosevelt and Portland Streets. After additional community feedback, Roosevelt Housing Associates, developers of “The Row,” modified their initial proposal to develop approximately 15-20 percent of the housing units as market rate, with no age or income restrictions; require all tenants to sign an affidavit acknowledging they are moving into a vibrant arts district; develop the street-level units as live-work artist studios; actively market the project to artists; and dedicate a portion of the common area space for local artists to prominently display their works. With City Council approval, the developer and City staff will continue to work with neighborhood groups through the design process.

January has also brought out the urban planner in all of us!

The Roosevelt Row CDC recently completed its report, “Roosevelt Row: Artists’ District, Creative Placemaking in Downtown Phoenix,” and will begin a series of public forums to discuss the findings and outline next steps.

Steps being taken by developer Feliciano Vera to involve community members in visioning his proposed mixed-use development project in downtown’s warehouse district was the subject of a Marketplace radio segment aired over 500-plus public radio stations nationwide. Lauren Allsopp, Ph.D., faculty associate at ASU’s School of Geographic Sciences and Urban Planning, is conducting an urban design workshop focusing on downtown’s warehouse district. The class is researching the district’s storied history, past developments positive and negative, and recommendations for the future.

The Hance Park Master Plan Design Team presented its interim design plan to a packed house at the Phoenix Art Museum. The final design plan will be unveiled on March 27 at a Hance Park Festival featuring live music, food, beer garden, and fun activities for young, old, and in-between.

In closing…That’s enough for now. Well, I take that back. Here are a few other things we found online that you’ll find interesting: downtown’s multitude of Best Of winners, co-working and makerspaces popping up in and around downtown, a birds-eye view of the Ground Cover Public Art Project installation (pictured above) and this fun time lapse video of downtown buildings and streetscapes.