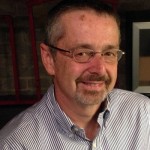 David Krietor has served as President/CEO of the newly-formed Downtown Phoenix, Inc. (“DPI”) since April 8, 2013. In that time, he has begun work with community stakeholders to develop the downtown we want. “Your Downtown” shares his thoughts and DPI’s progress with the downtown community and beyond. Why was Downtown Phoenix, Inc. created?

DPI was created to engage in activities to support the economic and cultural viability of the total downtown community, to provide advocacy and leadership for our downtown with expanded flexibility and clarity, and to maximize the strong points of existing downtown oriented non­profits and assist in the creation of others as deemed necessary to further DPI’s mission.

DPI has finalized our contract with the City of Phoenix. This key document formally brings to the DPI Board of Directors the Mayor, City Manager, and four community­ designated seats.

The full board is comprised of:

How can downtown businesses and residents get involved?

The great thing about DPI? We don’t have to recreate the wheel to make it possible for the community to get involved. For more than 30 years, PCA (Phoenix Community Alliance) has provided private sector leadership supporting downtown. During some of this time, as the city’s energy was devoted to more suburban style development, PCA was the lone voice encouraging elected officials to make downtown a priority.

Now, downtown has been “adopted” by a growing number of energized and creative entrepreneurs. PCA is taking this as opportunity to reshape their mission, membership model and programming to meet the expectations of this broader community. Residents and other individuals will also have a chance to join as downtown advocates.

One of DPI’s charges is to identify ways to make it easier to conceptualize, promote, and implement downtown events. This seems simple but Phoenix is a big, complicated city with unique logistical challenges in and around downtown. The good news is that downtown is becoming so energized that, more and more, it is perceived as “the place to be.” Our event base historically has been the 7 million people who annually attend the sports, theatrical, and convention activities in the core.

Now, based mostly on volunteers and “sweat equity,” the Roosevelt Row/Evans Churchill community has emerged as a major generator of “feet on the street.” USA Today recently called it one of the nation’s ten best neighborhoods that tourists haven’t found yet. Just last week, the New York Times featured the story of an Iraqi artist who now lives in Evans Churchill as an ASU Artist-­in-­Residence. We can thank, among others, Artlink’s longstanding commitment to Art Detour and First Friday in starting this art wave.

In the short ­term, the Downtown Phoenix Partnership (DPP) has started to provide additional logistical and Ambassador support for a broader array of events, including the McDowell Mountain Music Festival (returning to Margaret T. Hance Park, March 2014), the third annual Chile Pepper Festival on Roosevelt Row (Sept. 28), and the Celebración Artística de las Américas (CALA) PHX Fest! in downtown (Nov. 1­2). And, of course, don’t forget the Oct. 26 Zombie Walk. In the mid­ and long­term, we need to work collaboratively on a model that makes it easier and more cost effective to bring additional events into all parts of our downtown, year­-round.

On the real estate side of things, it was great to see the crane go up for the start of construction of the Arizona Cancer Center, the doors open for the first residents of the Roosevelt Point apartment complex at Fourth Street and Roosevelt, and the unveiling of a new residential/commercial project, the Union on Roosevelt, at the key intersection of First Avenue and Roosevelt.

How can we advocate for a more welcoming downtown?

Last but not least, the process of developing a new downtown streets master plan will start in the fall to provide an opportunity for broad community input on “the downtown we want.”