The Vig Bets on Downtown Phoenix 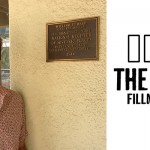 You know the formula. Different location, same experience. Walking into a chain restaurant can make for a bland dinner, a boring city, and mild to severe déjà vu. Thankfully for Phoenicians, Tucker Woodbury agrees. Tucker Woodbury at the door of the Cavness House.

While this may be their third Vig location, please don’t call it a chain. A familiar entry for customers of Local Breeze, Palatte and Tera’s Garden.

Every Vig is different, Woodbury says, to reflect the surrounding neighborhood and clientele.

Downtown Phoenix has a diversity of people and the Vig Fillmore will cater to a different type of patron than the Vig at Arcadia or the Vig uptown. Beginning with exposing the brick walls that have been covered up for too long, the interior will be darker, and will reflect a, “masculine, old world New York bar room experience,” Tucker said.

“It will be more sophisticated than Phoenix is used to, but I think it’s something Phoenix is ready for.” See you at the bar come August.

Woodbury is no stranger to the challenges of an adaptive reuse project. The original Vig at Arcadia was adapted from an old building, while the Vig Uptown was a more contemporary, mid-century, building that had previously housed a bank*. In both of those cases, the interior design reflected the neighborhood surrounding the bar, creating a welcoming atmosphere for customers looking for a cold drink and a round of bocce ball.

For this project, Woodbury brought in Phoenix architect Artie Vigil, of AV3 Design Studio, who specializes in bringing old buildings back to life. Maintaining the character of the house was important to Vigil, who focused on simple, functional design that respected the origins of the space.

“This is a 1915 bungalow. We can’t bring in mid-century design to this bungalow,” he said.

“We’re exposing all of the brick on the interior and creating this really cool, late 19th century bar feel; it’s something that you can imagine being in Phoenix back in that era.”

As an architect who travels between Denver and Phoenix, Vigil has high hopes that downtown Phoenix will experience more revitalization through various types of projects, not just completely new builds. The outdoor bar and seating area.

“You don’t necessarily need to have big new buildings to create the urban density that’s required for a really vibrant urban core,” he said. “Between the Vig and Cibo, this will create some fantastic synergy, hopefully attracting more people to the area.”

Although a kitchen addition was needed to sustain the new occupants, including superstar local chef Jorge Gomez (you can find him in Cocina 10 at Crescent Ballroom), no other major remodels have been made to the property. As anyone who visited Local Breeze can recall, the interior space opens up to a covered patio, and an even larger outdoor space, featuring an additional bar in the middle of the yard. Woodbury is also adding a fireplace in the corner of the yard, new trees for an enclosed feel, and the signature bocce ball court, so you can show off your mad skills. The Vig’s trademark bocce ball court will be next to the bar, along Fillmore St.

Woodbury said they are attempting to alleviate some of the parking woes for downtown patrons by looking into district parking options a block away. For now, there will be a free valet that will be shared with Cibo.

The Vig team is aiming to open by mid-August, offering an old-world escape from the arid summer heat.

What: The Vig Fillmore

*This is edited from the originally published version.