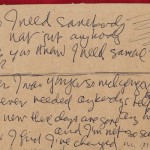 Hard Rock Cafe Phoenix gives fans an up-close look at pieces of history from music superstars and legends with the never-before-seen “Treasures of the Hard Rock” traveling memorabilia exhibit. The exhibit features iconic items from two one-of-a-kind collections pulled from Hard Rock’s vault, “Gone Too Soon” and “Music Gives Back.” “Gone Too Soon” pays tribute to music icons whose lives and careers were tragically cut short and features items from contemporary talent, such as a dress worn by Amy Winehouse during a 2008 Nelson Mandela tribute concert and a 90’s stage outfit from Whitney Houston to artifacts from legends of the past, like the John Lennon’s hand-written lyrics to the Beatles classic song “Help” and 1967 Gibson SG Custom played by Jimi Hendrix in concert and on the Dick Cavett Show. Hard Rock’s “Love All, Serve All” mantra was the inspiration for “Music Gives Back – Rock ‘N’ Roll Philanthropy,” focusing on artists who have worked with the brand on various charitable campaigns throughout its more than 40 years. The exhibit features items including a gown worn by Shakira during her 2006 Oral Fixation tour and the second piece of memorabilia ever acquired for Hard Rock’s vast collection, Pete Townshend’s Custom Gibson Les Paul guitar.

“We have spent nearly two years, scouring our 77,000 piece collection, to pull together a collection that will wow our guests,” said Jeff Nolan, Hard Rock Historian and tour curator. “The collection showcases a unique part of music history and gives fans an opportunity to see that history first-hand.”

“Treasures of the Hard Rock” will be on public display at Hard Rock Cafe Phoenix from Friday, July 12, 2013 through Tuesday, July 16, 2013. For more information on pieces on display, tour stop locations and public viewing dates, please visit www.hardrock.com.