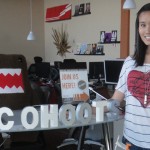 The vibrancy of the Downtown Phoenix community can be largely attributed to the spirit of creativity and collaboration amongst its residents, businesses and stakeholders.

One of the champions of that collaborative energy, downtown coworking space CO+HOOTS, will import its savvy for entrepreneurial community building to Tucson, another Arizona city working to revitalize its downtown.

Jenny Poon, founder of CO+HOOTS, is lending her expertise to a new coworking venture in downtown Tucson called Connect Coworking, which is part of a larger effort by Scott Stiteler, developer and manager of Tucson Urban, LLC., to help revitalize the area. The coworking space will be part of Stiteler’s redevelopment of the historic properties he owns at Fifth Avenue and Congress Street in downtown Tucson and will occupy nearly 14,000 square feet of the historic Rialto building.

Along with Connect, the project will be home to a number of other locally grown businesses, including second locations of both Pizzeria Bianco and Flagstaff’s Diablo burger.

According to Poon, the developers wanted someone to help build a good coworking concept. They liked what they saw happening with CO+HOOTS and wanted to replicate their model for Tucson.

“Our model is really based on being involved in the community – intrinsically about wanting the community to be a better place, not just about being inside the space,” says Poon.

The collaboration with the Tucson space is a continuation of CO+HOOTS’ mission to support local entrepreneurship, not only in Phoenix, but in communities across Arizona.

Poon will take the new space under her wing until they are able to expand on their own, but a connection between CO+HOOTS and Connect will remain. Along with their shared bird-themed branding (owls for CO+HOOTS and penguins for Connect), members of both groups will have the benefit of working at either space at no additional cost.

Despite any competitiveness between The Valley of the Sun and The Old Pueblo, Poon believes it is important to show that collaboration doesn’t have to happen within one space – it happens all over.

“A good rivalry is always fun, but I think our goal is to show that there are entrepreneurs everywhere in Arizona and that Arizona in general is a great place for small businesses to start off. Whether that be in Phoenix or Tucson or Flagstaff or Jerome or Chandler, Avondale or Gilbert, Mesa, West Valley, whatever – there is a place for entrepreneurs in Arizona.”