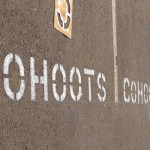 CO+HOOTS, the downtown Phoenix co-working space, landed at its new home at 1027 E. Washington St. The move is part of a larger collaboration among local co-working spaces and incubators to create an entrepreneurial business corridor known as “Washington Row.”

After two successful years at their Garfield neighborhood location, CO+HOOTS is primed for growth. Having met their capacity with 20 businesses, the new space will allow them to offer support and expanded resources to a greater number of local entrepreneurs, while contributing to the development of downtown Phoenix. CO+HOOTS had been temporarily housed at monOrchid Gallery in Roosevelt Row since early August. “The move will transcend CO+HOOTS beyond its functional role as a stand-alone collaborative space with desks and meeting rooms,” CO+HOOTS Founder Jenny Poon said. “It will help institute a big-picture plan focused on creating enduring partnerships and breathing life into the entrepreneurial core of the city.”

Others joining forces in the effort to put Phoenix on the map for its culture of innovation include SEEDspot, whose focus is on supporting social entrepreneurial ventures and the Center for Entrepreneurial Innovation at Gateway Community College.

By establishing themselves along Washington, these spaces benefit from their proximity to each other and to the light rail, while helping to revitalize a key part of the city. As these small businesses grow, the concept is that they will eventually populate other buildings along Washington street, continually adding to the vibrancy of the corridor and the downtown Phoenix community.

CO+HOOTS and their partners in this effort have received strong support from Phoenix community leaders. Mayor Greg Stanton praised these business for having “the talent and vision critical to economic development in making our city competitive.”

Kimber Lanning, founder and executive director of Local First Arizona, also voiced her support, saying  “Phoenix is becoming an outstanding place for entrepreneurs and CO+HOOTS is a shining example of a shared space that helps new businesses of all kinds thrive.”

“The city benefits in many ways when entrepreneurs are supported and we need to do all we can to keep our brightest, most innovative entrepreneurs here at home,” says Lanning.