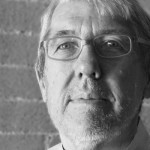 Photo courtesy of Will Bruder Architects.

Phoenix-based architect Will Bruder, whose unique blending of space, materials and light is reflected in more than 700 projects around the world including the iconic Burton Barr Phoenix Central Library, Deer Valley Rock Arts Center and Nevada Museum of Art has been elected a Fellow of the American Institute of Architects (AIA).

Bruder was formally inducted into the prestigious College of Fellows with an FAIA in Design at the annual AIA conference in Denver.  He is among 122 AIA members elected by a Jury of Fellows.  Only 3,000 AIA members out of a membership of more than 80,000 have attained the distinction.

“Will approaches his work as a craftsman and continually strives for innovation, originality and authenticity,” wrote Tod Williams, FAIA, in his candidacy sponsorship letter.  “Grounded by a deep respect for the specificity of people and place, Will’s buildings consistently respond to the site and user’s needs.  The importance of scale and detail, the practical application of form, materiality and sense of place are paramount to his work.”

In a career approaching 50 years, Bruder “has built a beautiful body of work, from cabins to estates, places of worship, art museums, libraries and corporate headquarters,” Williams wrote.  “Will’s passion and commitment to architecture are exemplary and his visionary practice is inspiring.”

“Earning recognition from the College of Fellows for a career that has been my passion, my commitment and my inspiration is a humbling honor,” Bruder said.  “To be included among this group of architects with an incredibly rich legacy of innovation, origination and craftsmanship is overwhelming.”

Bruder, who launched Will Bruder Architects, LLC in 2012, is a self-educated architect with a Bachelor of Fine Arts in sculpture.  After successfully passing his registration on the first try, he opened his studio in 1974.  He counts Paolo Soleri, Bunnar Birkerts, Bruce Goff and Paul Schweikher, among an impressive group of mentors.

Throughout his career, Bruder mentored students and young architects and he has held more than a dozen professorships at, among other venues, MIT, Yale, University of Virginia, Tulane University, Portland State University and the University of Oregon.

His work and architectural legacy span the globe.  He received the Rome Prize from the American Academy of Rome in 1987 and the Chrysler Design Award and The Academy of Arts and letters Award in 2000.  Named Arizona AIA Architect of the Year in 2008, he also was named Arizona Educator of the Year in 1966 and was the 2004 Arizona Governor’s Arts Awards Artist of the Year.

“Will’s architecture is personal and richly expressive with powerful forms and spaces,” said Peter Q. Bolin of Bohlin, Cywinski Jackson in his letter of reference.  “At the same time it is based on a very fine and discerning understanding of the fabric, materials and intelligently conceived structure that help make it truly notable.”