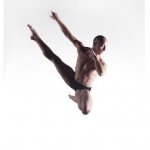 Summer can be a great time for experimental arts — audiences are receptive and fewer performances compete for attention. Last weekend’s Kick-A 2 Dance Showcase at Phoenix Theatre’s Little Theatre turned the spotlight on 20 talented choreographers assembled for a second year by Lisa Starry, director and choreographer of Scorpius Dance Theatre.

“We want it to expand to workshops next year,” says Starry, “get more people from outside of Arizona…turn it into a festival. These things just take time.”

In the meantime, she raised visibility by inviting special guest artist Lauren Froderman, a Phoenix-born graduate of Greenway High School and the seventh-season winner of the television show “So You Think You Can Dance,” who joined the showcase for two performances.

Starry’s goal was to create an opportunity for choreographers to gain exposure. The roster mostly included experienced artists, but also featured an 18-year-old newcomer.

“Nope, they don’t have to be established,” Starry explains. “They (had) to submit their video or do a live audition by the deadline, and…I have a panel of judges. At this point, I’m only looking for modern, contemporary, jazz, or hip-hop. There are no tutus or ballet shoes.” She continues, “Contemporary is usually where you see your most versatile choreography…things that have to be highly entertaining and strong technically.”

Several candidates particularly appealed to Starry. “Chase Jarvis and Lindsay Green…are not dancers,” she says, “but they are kind of specialty act aerial artists.” Starry explains, “They said that they work with a pole, and I was a little hesitant because most people think ‘that’s what strippers use.’”

“So I tested them out,” she continues, “and they blew everybody away…it was awesome. It was like a male and female duet acro-pole performance…she’s like a toy ballerina, and he comes in and kind of tortures her, and she’s all over the pole, and…the first time I saw them my mouth just dropped.” Starry laughs. “It’s pretty cool. Major strength and flexibility.”

“Another choreographer is Angel Castro,” says Starry. “He works with me with Scorpius, but he’s starting to reach out…on his own right now.” She describes his all-female piece: “It’s strong, it’s very athletic…he does a lot of cool floor work. And he has…a little bit of a sexy appeal. I’m always attracted to people who bring out the sensuality in performers and make them look great — yeah.” Starry trained at the Phoenix School of Ballet, later attending California Institute for the Arts and continuing on a six-month full scholarship to London Contemporary Dance School (now called The Place).

“Because of my education,” she says, “I started teaching and became the founder of Metro Arts, which is my full-time career. I founded the dance program…now I’m the Associate Head of School.” In that same year, 1999, Starry also created Scorpius Dance, the school’s professional residents. This August, she raises the profile of her troupe by taking Scorpius to the Edinburgh Festival Fringe, capitalizing on last year’s successful appearance in A Vampire Tale at the Bram Stoker International Film Festival.

Kick-A featured several pieces by Starry herself, including a trio titled No More Walls. “It’s a dedication that I did for some of my friends who are working very hard to become citizens of the United States, and all of the hard and long steps they’ve had to take to get there,” says the choreographer. “So it’s kind of a serious piece…but it’s good.”

Another work used music by Philip Glass recorded by the composer and the Kronos Quartet. “I’m kind of going back on my old-school days of more classical, modern work,” Starry describes, “…inspiration of Paul Taylor…all my old training that I used to have when I was a younger dancer.”

Starry also offered a new creation incorporating Jack White’s “Love is Blindness,” from the recent film The Great Gatsby. “It’s an intense song,” she says with a smile. “I just gathered five dancers and choreographed something that matched the feeling and setting of his music.”

“I’m a fast choreographer, which is good and bad for me,” she continues. “It’s good because I can…get things done quickly, but also I’ve got to take a few steps back and try to process it more, because I can create more detail in my work.” Starry chuckles ruefully at her own impatience.

Plans for Scorpius going into next season include dancer auditions tomorrow evening, performances in Scotland, California, and Montana, and the 10-year anniversary of A Vampire Tale.