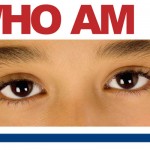 Eight, Arizona PBS in partnership with the City of Phoenix Latino Institute, will host two events on May 23 to launch the new three-part, six-hour PBS documentary series Latino Americans. The first is a daytime event for teens at 11:30 a.m., followed by an evening arts and cultural event from 6:30 – 8:30 p.m. Both events will be held in the historic A.E. England Building in downtown Phoenix (424 N. Central Ave., Phoenix 85004), and will feature a highlight screening from Latino Americans, scheduled to premiere Fall 2013 on Eight, Arizona PBS, and other PBS stations nationwide. Adriana Bosch, series producer for Latino Americans, and others from the documentary will participate in discussions at both the daytime and evening viewing events.

Latino Americans narrates the history, growth and experiences of Latinos in the United States from the 16th century to present day. The six-hour film special combines interviews with nearly 100 Latinos from the worlds of politics, business and pop culture. Emmy Award-winning producer Adriana Bosch will participate in a panel following the screening to discuss this first-of-its-kind film chronicle of the lives of Latino Americans, and the importance of this history in understating the Latino identity.

“It is time the Latino American history be told,” says Bosch, a Cuban-born filmmaker whose previous PBS projects include Latin Music U.S.A. and documentaries for the series American Experience on Presidents Dwight Eisenhower, Jimmy Carter, Ronald Reagan and Cuban leader Fidel Castro. “Latinos are an integral part of the U.S., and this series shares the stories of a rich collection of people coming from so many different countries and backgrounds. It is the story of Latinos, and it is the story of America.”

The City of Phoenix Latino Institute is presenting the Latino Americans film event as part of its Evening Community Connections Series, which takes place every Thursday at the A.E. England Building. The film, narrated by actor Benjamin Bratt, will air nationally on PBS on three consecutive Tuesdays, premiering on September 17, September 24 and October 1.

In addition to the broadcast of Latino Americans in Fall 2013, a companion book by Ray Suarez, Senior Correspondent for PBS NEWSHOUR, will be released to coincide with the series. It will be published by Celebra, an imprint of Penguin Group (USA), and will be available in both English and Spanish. It may be pre-ordered now, and will go on-sale September 3. The project will also be accompanied by major bilingual digital engagement and public education campaigns, including the development of a school-based curriculum, which will be available in late summer 2013.

Latino Americans is a production of WETA Washington, DC; Bosch and Co., Inc.; and Latino Public Broadcasting (LPB); in association with Independent Television Service (ITVS). The series executive producers are Jeff Bieber and Dalton Delan for WETA, Sandie Viquez Pedlow for LPB, and Sally Jo Fifer for ITVS. The series producer is Adriana Bosch. The supervising producer is Salme Lopez. The producers are Nina Alvarez, Dan McCabe, Ray Telles and John Valadez. The associate producers are Sabrina Avilés, Yvan Iturriaga and Monika Navarro. For the re-enactment sequences, the producer is Cathleen O’Connell and the directors are David Belton and Sonia Fritz. Major funding for Latino Americans is provided by Corporation for Public Broadcasting (CPB), Public Broadcasting Service (PBS), Ford Foundation, National Endowment for the Humanities, The Rockefeller Foundation, The Arthur Vining Davis Foundations and The Summerlee Foundation. Funding for outreach is supported by a grant from The New York Community Trust.

Eight, Arizona PBS is a trusted community resource.  For over 50 years, the PBS station has focused on educating children, reporting in-depth on public affairs, fostering lifelong learning and celebrating arts and culture. Eight achieves its mission through the power of noncommercial television, the Internet, educational outreach and community-based initiatives. Its signal reaches 86 percent of homes in Arizona. With more than 1 million viewers weekly, Eight consistently ranks among the most-viewed public television stations per capita in the country. For more information, visit azpbs.org. Eight is a member-supported service and the public media enterprise of Arizona State University.