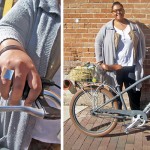 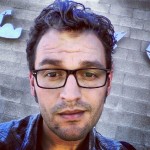 How often do you bike? I’m from New York and when I moved here, I purposely moved near the light rail, so I’m car-free.

What are some of your favorite places Downtown? Lola and Fair Trade are my stomping grounds. I also love First Fridays and Burton Barr Central Library.

How do you get involved Downtown? I haven’t had a lot of time lately, but I’ve been involved with the Hance Park Conservancy and the Downtown Voices Coalition.

Biking fashion tip? When I bike in a skirt, I attach a binder clip to the hem to weigh it down and keep it from blowing up. 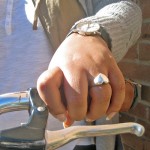 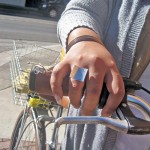 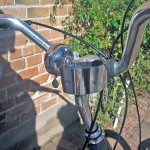 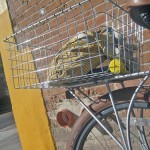