The Infused Spirit of Jason Lalli 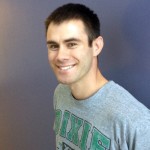 Phoenix is known for many things, but poetry is not one of them. Which is odd, because Phoenix is a city that’s birthed its fair share of talented poets and quality poetry events over the years, including Jason Lalli, organizer and host of Infuse – Open Mic. I talked to Jason about his experience as a performance poet in Phoenix, as well as his current work as programming committee chair for the first annual Phoenix Festival of the Arts in December. How long have you been writing and performing poetry?

I have been writing and performing poetry seriously for about 6 years now. I dabbled on and off in the writing of poetry since I was 19. I am 29 now.

What ignited your passion for the kind of work that you do?

My passion was ignited when I realized after reading poems to friends and family that my words were making a difference. It was confirmed in a moment of what I call divine intervention when I was in a low point in my life on Christmas 2005. I was unwilling to share my negative energy with anyone. I was soaking in the bathtub at home when I heard a voice that was never verbally spoken and I felt a force lifting my head towards the ceiling. I’ll never forget those words, ‘You’ve been given a gift, now go and change the world.’ I became active within the performance community shortly after.

You describe yourself as an ‘awareness/performance poet.’ How do you define that?

I write about the truth I see in issues I feel are often over-looked or ignored because they come with a harsh reality. Like self-awareness, Self-love, substance abuse, sexual abuse, child abuse, domestic abuse, and bullying. So I suppose an awareness poet would be one that uses the creativity of their poems to bring awareness to its audience through the poems content. The scope of my poetry is not limited to awareness but many are also personal stories or simply a source of expression and therapy as poetry has helped in establishing a stronger development of myself.

Does that mean you use poetry as a form of political/community-oriented activism?

Yes, I believe both questions go hand in hand. The action of being out there and performing poems that promote awareness is advocating for its cause and speaks for itself. My primary goal through each performance is to hopefully resonate with at least one person in the audience, with hopes that my words invoke introspection of themselves, their thoughts, their actions, and the reactions they are causing with those around them.

So yes, you could say my cause is community-oriented. It is through the betterment of each individual that our community’s improve in quality, safety, and involvement. It’s most easily summed with a quote out of one of my poems on the back on my business card “It only takes one voice, one heart, and one passion create a positive existence in another’s life.” I go about advocating for a stronger more united community through these outlets: hosting Infuse – Open Mic, my poetic performances, the creation and planning of the Inaugural Phoenix Festival of the Arts, various donations of my time and art to fundraisers, as well as speaking at schools on substance abuse through an organization called, “notMYkid.”

How did Infuse – Open Mic come about?

Infuse was created in May of 2010. I used to host “Mill’s End Open Mic” and after Mills End Café went out of business we were looking for a new home. That home was found at the Phoenix Art Museum. We flourished with an average of 250 patrons and 30 artists throughout the 3 hour show. I started the event because I had begun hosting Mills End Open Mic which was previously Mills End Poetry Slam. I wanted to open it up to more than just slam poets. I wanted to create place where new-comers whether to the performing arts or to the city could come practice, develop, build friendships, network, and most of all feel welcomed.

How did Infuse end up at the center?

It was through my involvement with some other community-oriented activists that I was introduced to Joseph Benesh at the Phoenix Center for the Arts. Our relationship quickly became one of a close bond and similar visions, the Phoenix Festival of the Arts being one of those.

How did you get involved in the Phoenix Festival of the Arts?

There is a need for an arts festival in Phoenix, it’s 2012 and it’s never had one. I became entrenched with the festival as one of its creators. Joseph Benesh and I recognized this need. We teamed up together and were able to accept a generous sponsorship from dear friends of mine Lou and Evelyn Grubb. They had been to Infuse at the art museum and believe in what difference I am making and trying to make in our community. Unfortunately, Lou Grubb has since passed beyond this life and we are determined to make him proud for believing in us.

Also, there have been several others who I have had the honor to work beside for the last couple years in attempts to make this festival happen. It was through our relentless persistence and hard work of searching out new avenues that we are excited to see it finally become a reality. I consider myself beyond blessed to be surrounded with such positive uplifting people with a passion for humanity and making a difference.

You recently held open auditions for performers for the Festival. Did you see a lot of promising talent? What do you look for in a performer for an event of this scope?

The turn-out for the auditions was small but much was learned for years to come. But we’ve also received lots of applications and lots of great talent that applied. Every artist was graded on a scale of 1 to 5 based upon the following categories: Preparedness/Professionalism, Stage Presence, Creativity, Performance/Execution, and Originality.

It sounds like the performances are meant to be family-friendly. Are there any plans to do more adult, envelope-pushing performances in the evening or is it the festival’s intent to keep all its programming accessible to the widest possible audience?

This is best answered by our main goal of the festival; to unite our community by cross-pollinating markets through a variety of arts from vendors, organizations and performance artists. The festival is a family-friendly free event. Our night programming has some incredible caliber performances of bands/artists that have adult followings. There can be great entertainment without having to be controversial and profane. It is a professional artist’s job to gear their performance towards the audience, so we are asking for that discretion. However, there will be shows, for example a poetry slam in the center’s theater, where a disclaimer can be posted for those who enter that will allow for more “envelope-pushing” performances.

This is a festival of all the arts that will include diverse cultural showcasing from visual, performing and literary arts. Several artists throughout history have spoken on such controversial and heavily debated topics tastefully and we intend on having tasteful programming. We would never want to discourage creativity but there is a time and place for controversial pieces, I believe most would agree that a family-friendly arts festival is not that time or place.

Do you have any plans to bring Infuse into the festival, or to do some kind of open mic/open stage to get the audience involved?

We are still programming but yes Infuse will have a festival edition. There will also be a poetry slam where anyone can compete for a cash prize.

Are all the shows free, or will some have individual ticket prices?

Admission to the festival and its entertainment will be 100% free. We will have two stages running throughout the course of the three-day festival, with the main stage located in the Margaret T. Hance Park, and the second stage in the theater located inside the Phoenix Center for the Arts.