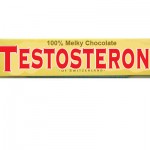 Cheating has impacted D-backs more than any other team.

First it was Manny Ramirez and then it was Ryan Braun. Performance enhancing drugs have haunted the D-backs like the NBA has conspired to keep the Suns away from a championship – according to Suns fans of course.

Last week, Melky Cabrera was suspended for 50 games for testing positive and admitting to using testosterone. Cabrera was enjoying a career year and those resurgent numbers were evident in the games against the D-backs. He has collected big hit after big hit against Arizona and the rest of the National League.

Cabrera could potentially win a batting title, despite the suspension, with numbers that have far exceeded his career averages. There is no question that Cabrera’s enhanced performance contributed to the overall success of the Giants and helped them reach the top of the NL West standings. Doesn’t seem fair that the D-backs are once again one of the main losers in the fight against PEDs. One can only hope that the window is now open for a D-backs run and they’ll take full advantage of it.

It’s now or never time
The week began with the D-backs only 4.5 games behind the division leading Los Angeles Dodgers and four games behind the second place Giants. The D-backs had a golden opportunity to gain some ground with the Dodgers and Giants squaring off in Los Angeles, while the Marlins were in Phoenix for a quick four game series. Quick, because it included the first ever day-night doubleheader at Chase Field on Wednesday. After dropping the first two games of the series, things were starting to look desperate once again. Especially considering how the game was lost on Tuesday.

The D-backs came out hot, looking to atone for the embarrassing loss the night before. The D-backs were up 5-0 after one and looked poised to cruise to an easy victory. Unfortunately, the Marlins got right back in it and chipped away until they finally grabbed the lead and held on for the win. The double header may have been fun for those in the stands, but for the guys in the home dugout, it was definitely make or break time. The D-backs had to sweep the double header just to come away with a split in the series. Fortunately, that’s what happened. Tyler Skaggs got the win in the afternoon game making in Major League debut. All-Star Wade Miley threw another gem in the nightcap. Leave it to two rookies to step up when the team needed it the most.

While the D-backs were struggling to stay afloat, there was a flip flop at the top of the standings. The Giants swept the series in Los Angeles to grab a 2.5 game lead over the Dodgers and the D-backs dropped to 5.5 games back. The D-backs still have time to gain some ground on the home stand with three games against San Diego and Cincinnati before heading off to Los Angeles to face the Dodgers. The D-backs can control their own destiny in many ways because they still have five games against the Dodgers and nine games against the Giants. They need to play well to stay in the race and dominate the head-to-head matchups.