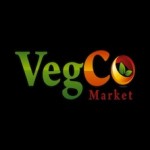 VegCo, a new plant-based supermarket, is expected to open in a to-be-determined Midtown location. By the end of this year, the local grocery store will make it easier for people in the central Phoenix area to knock out all of their meat-free grocery shopping in one place.

Heather Francois, the founder of VegCo, said the store will provide affordable, high-quality foods for the increasing number of people restricting their meat consumptions. Francois added that she wants to make grocery shopping more convenient for those with special diet needs.

“I wanted to tie all the factors together and serve those people who eat strictly organic, who are focused on local products and community, and who may have allergy concerns,” Francois said. “I also want to able to give (Phoenix locals) plenty of options.”

She added that Phoenix needs this supermarket because of the push for sustainable living and healthier diets.

“There’s a movement growing here and across the nation as people realize all the dangers of eating meat products,” Francois said. “People are becoming more educated on plant-based diets and how they are optimal for the human body.”

Want to skip the meat? Here are a few vegetarian dining options:

Other food experts in the area are also making changes to meet shifting demands as more people join in the plant-based food movement.

Ingrid Hirtz, a chef originally from Austria, said she began building a business around vegetarianism to show people that meals without meat can actually taste delicious. Along with cooking at Fair Trade Cafe, she recently started a vegetarian meal preparation service to serve the city economically and environmentally friendly cuisine.

Hirtz added that she hopes to make people realize the standard American diet is not the standard global diet.

“The United States focuses on meat,” Hirtz said. “If you go out to a restaurant, everything on the menu has a focus on the meat—such as a pork tenderloin or a steak. But in other countries, the traditional diet usually consists of some kind of legume or grain with vegetables—meat is more of a side dish.”

Whether it be her creamy vegetable korma curry or goat cheese quiche made with almond flour and sun-dried tomatoes, Hirtz said it just takes getting people to realize the food tastes good.

“Before, people thought of vegetarians as people who cut out meat and had to go to the salad bar or just eat side dishes.” Hirtz added. “Now, it’s a cuisine in itself. People don’t realize that it can be a very satisfying culinary experience.”

Now that Phoenix residents seem to accept and understand vegetarianism more than ever before, a local meat producer said she certainly noticed the shift in views.

Beth Wilson, owner of The Meat Shop, said when she first began giving out meat samples at The Phoenix Public Market, she worried that her products would not sell among this huge vegetarian population.

“I was thinking, ‘Wow, 75 percent of these people walking by won’t even look at or touch the samples,’” Wilson said. “I thought maybe that would impact my business in Phoenix.”

Luckily, Wilson said many people come from families who still eat meat, so they visit her shop for local products made from “happy pigs” and meats made without the use of preservatives or chemicals.

Even if people refuse her products because of vegetarian or vegan beliefs, Wilson said she understands and respects their goals.

She added, “It’s just a part of their search to live better, eat better, and be a better person.”