D-backs Digest | Season Kicks Off on a Positive Note 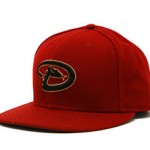 The season got off to an amazing start with a three-game sweep against the Giants, sending an early statement that last year was no fluke. The D-backs then moved on to San Diego and opened the series with a win. The D-backs entered the game Wednesday as the only remaining undefeated team in the majors. Clinging to a one-run lead in the 8th inning, it looked as though the unbeaten streak may continue for another day. Unfortunately on this night the magic was on the side of the Padres as Chris Denorfia launched a game-winning two-run homer. The D-backs responded with a win on Thursday to claim the series victory.

The D-backs suffered difficult losses in the first two games over the weekend in Colorado. On Friday night the Rockies battled back erasing a four-run deficit and ultimately came away with the victory. Saturday’s loss was even more difficult to swallow. The game was interrupted by a lengthy rain delay in the 4th inning. At the time the D-backs were trailing 5-1. After the delay the D-backs battled back and eventually took the lead and appeared headed to an impressive come-from-behind victory.

With the D-backs leading by one with two outs in the bottom of the ninth, D-backs closer J.J. Putz squared off against D-back killer Todd Helton. Helton jumped on an inside pitch and blasted a majestic shot a mile high into the raindrops and night sky. The ball ended up soaring over the right-field wall just inside the foul pole. As Helton rounded the bases and the Rockies celebrated, the deflated D-backs knew they had let one slip away. Coming back out on Sunday afternoon and trying to avoid the sweep would be a difficult task after such a draining defeat. Fortunately, that’s exactly what they did. The D-backs got an early boost when Chris Young connected on a two-run shot in the first inning. The D-backs were able to maintain a comfortable lead behind a strong performance from starter Trevor Cahill.

What’s coming up this week?

It’s important for the D-backs to forget about the tough losses in Colorado and just focus on the task at hand. The D-backs play their next ten games at home, (starting with last night’s 5-1 win over the Pittsburgh Pirates). After the three-game series with the Pirates, the Atlanta Braves will be in town for four games over the weekend, followed by a three-game series against the Phillies to close out the home stand.

The D-backs begin the week with a 6-3 record. Slightly disappointing to drop a few winnable games, but that’s just the nature of the sport. Overall, there’s nothing wrong with being 6-3. That’s a great start for anyone.

Chris Young is leading the team in home runs, RBIs and batting average. Obviously it’s great to get the early contributions from CY. Especially considering Justin Upton has gotten off to a relatively slow start.

It’ll be interesting to see how long of a leash Kirk Gibson will give Josh Collmenter. Heading into the season many experts questioned whether Collmenter was a better option than many of the younger starters in the organization. After his first two starts, Collmenter has by far the highest ERA among starters. It may be too early in the season to start making changes and questioning decisions. Besides, numbers can easily get inflated in April.

The Dodgers are off to an impressive 9-1 start. Meanwhile, it appears as though the Giants are facing life without closer Brian Wilson. He is dealing with elbow issues and is likely facing season-ending surgery.