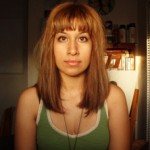 Downtown Phoenix is an ever-changing landscape, but amidst all the developments, bureaucracy, and continual struggle to create an urban core with an authentic sense of place, there is at least one event that has remained a constant feature and lifeblood in Downtown for over 20 years: First Fridays.

Local artist Carol Roque has been a part of this tradition as a vendor at every First Friday since December 2006 when she began selling her work as a young art student. Roque remembers the years of the mid 2000s as a simpler time, when artists gathered in dirt lots along Roosevelt Row, where one man would bring a generator and for ten bucks he’d allow artists to plug their extension cords in so they could light up their booths.

As First Friday continued to grow and spill out into the neighborhood streets the City of Phoenix began to take notice and it wasn’t long before bureaucracy was inserted into the evolution of the monthly event.

Soon paperwork, applications, and licenses became required for artists to display and sell their work.

“The license was easy to get back then. The City helped so I got everything I needed.”

At the age of 25, Roque has been a regular for long enough to remember when such things were not needed.

Her friend and now collaborator, Aldo Jeffery, invited her to show her work at First Friday after he happened to see some portraits she had completed while studying animation at the Art Institute of Phoenix.

He offered her space at his table where she carefully set out her samples for display.

“I was so nervous that I don’t think I said a single word all night.” She may not have said anything but she made $45 from sales of her 5×5 prints that she sold for $5.00 a piece. She stuck with school and earned a B.A. in Media Arts and Animation, although she never pursued animation. Instead, after graduation she taught herself to oil paint and set out to make a living as a full time artist.

Connecting Through Art
Since childhood, Roque carried notebooks with her which she explains were her closest friends; she filled the pages with drawings and portraits of people for whom she would name and create stories and details to explain their lives.

As a kid she attended 4 different schools before moving from the Los Angeles area to Mesa with her family. “It was easier for me to connect with my paintings than it was for me to make friends.”

The theme that runs through her work is loneliness, a feeling seen in the expressions on the faces of the people she creates. Some of the subjects have distorted faces, some have large noses, all have intense eyes that seem to be pleading for understanding and love. Roque says people comment that the people in her paintings look sad and depressing.

“That caught me off guard to hear. It was a reminder that I’m not the only one who feels sad, other people do too.”

Her first painting was completed in a digital print and ink class where she learned how to paint on a computer. She still uses the computer as a way to map out her visions. Once an idea is created digitally, she is able to choose which one she wants to turn into an oil painting. “I have to keep focused and imagine what I want. I think through the whole painting digitally, then plan how to turn it into an oil painting. It’s much easier to do it this way because it’s planned out and I’m not just painting blindly. I can plan the composition and the under painting and I don’t have to worry if I’m painting the lighting correctly.”

She said she always admired oil painters and now prefers oil because she can blend colors infinitely, but “oil paint is really dangerous and toxic. My hands used to tingle all the time and I thought that was normal. It’s not. I take precautions and wear gloves now.”

Living an Uncomplicated Life
Her work is shown around town in coffee shops or bars. Earlier this month she had a show at Hair Pollution on McDowell with Jeffery and this month her work is on display at Buffalo Exchange as their Artist of the Month.

She will have a regular gallery on Roosevelt Row in May where she will debut her newest and favorite painting.

“No one has seen it yet and it’s still untitled. It’s a girl with purple lilac hair, you see her back and she’s looking back at you with a lot of pain and emotion in her eyes. It’s intense but pretty when you first see it. There is a heart stitched on her back with a yellow bird on her shoulder holding one end of the string.”

Roque says she’s grateful that her life is uncomplicated at the moment. “Sometimes I just work inside all day and only ever come out to First Friday. I should probably get out and socialize more. I’ve had a level of success, people recognize my work. The next step is to pay my rent more regularly.”

She acknowledges that during her years participating in First Friday she has witnessed many changes but what hasn’t changed is the interest in the downtown art scene.

“People come for different reasons. There are a lot of teenagers, lots of middle-aged men and women and elderly people. It’s everyone.”

Roque is out every First Friday and Third Friday in front of MADE Art Boutique on Roosevelt Street sharing her work with the Downtown Phoenix community. On Third Friday she draws live and you can get a custom portrait in about 20-30 minutes for only 15 bucks.