Windsor Gears Up for Home Tour 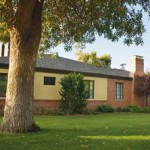 One block east of bustling Central Avenue and just north of busy Camelback Road lies Windsor Square, a cozy Uptown historic district established in 1929 and consisting of about 260 homes.

Sunday, March 25, twelve homeowners in the district will open their doors to the public for the biennial, self-guided Windsor Square Home and Garden Tour and Street Festival.

Baker’s 1939 French Provincial home, which will be featured on this year’s tour, boasts its original red brick exterior, but the nearly 3,000 square-foot interior and backyard have endured extensive renovations.

Inside the home, natural light fills the rooms that were opened up and added on during its remodel, and decorations ranging from Pottery Barn furniture to trinkets and art from around the world enhance and individualize the space.

“It’s eclectic because I have some things from Hawaii where I lived for 30 years and then I have a lot of things that are just things I like,” she says.

On the west side of the house, a round green table with four seats and a high chair sits in the center of what Baker refers to as the “breakfast room.” A tall bookshelf adorned with some of her mother’s collected bird cages rests in one corner, and a single bird cage from Hong Kong hangs in the other. The breakfast room makes up part of the immaculate kitchen, which consists of light wood cupboards embellished with pottery and dishes, an L-shaped brown granite countertop with a rounded end, and slate flooring.

A brick wall lines the back of the kitchen and Baker explains that it was originally the rear wall of the house, possibly containing an alcove for a washer and dryer. Now, through an open doorway, a pantry, bathroom and washer and dryer occupy a small hallway. At the end of the hallway, a mudroom turned playroom holds her grandchildren’s toys.

“I call this the grandmother’s house,” she says with a laugh. “I bought this house for my grandchildren to live in and enjoy and visit, and to have spaces and places for everything.”

The east side of the house exhibits a spacious dining room where a narrow living room previously stood. A dark brown table with six chairs sits atop a multicolored rug in the middle of the blue-walled room, and a brick fireplace lies between the two windows.

The dining room marked the edge of the house until the 1960s renovations. Three bedrooms now branch off a large living room along with the master suite, which was constructed from the original two bedrooms and single bathroom that were once accessible from the kitchen.

Long glass doors lead to the backyard which includes a swimming pool, a grassy area and a charming patio lined with potted flowers. A bee pollinates blue hibiscus flowers, the pride of Baker’s garden this spring and a reminder of the 30 years she spent in Honolulu, Hawaii working in public relations and advertising.

Just outside of the backyard resides a two and one half car garage, transformed from a one bedroom and one bathroom guest house.

“Something about having to walk outside from your garage to your house just tends to make you more connected to the neighborhood,” Baker says. Moving between Honolulu and her hometown of Phoenix for much of her life, she recently returned to Arizona and set out to find a home to accommodate herself and her daughter and granddaughters.

“I came down here (to Windsor) and I loved it,” she says. “I think a lot of it, which I didn’t realize at the time, was that it reminded me of the neighborhoods I grew up in in Phoenix.”

She purchased the home in September 2010 and her neighbors welcomed her with flowers and party invites.

Baker (pictured right) explains that the neighborhood is a diverse area with warm and friendly residents who share a similar vibe.

“We like to call it ‘Mayberry USA,’” she laughs.

Baker, who was recently elected president of the Windsor Square Special Planning District Board, joined the tour because she thought showcasing her home would be a fun experience.

“I love to entertain, and I just love my house and I’d like to share it with people,” she says.

She adds that it’s a great way to contribute to the community’s biggest fundraiser.

Baker says the residences on the tour range from a small Pueblo Revival home to the grandiose Lutfy home, a Spanish Colonial Revival building that owner Philip Lutfy spent months restoring to its 1939 state.

“We love to welcome people into our neighborhood and we love to show off our fun little secret that we have back here,” she says. “It’ll be a good day.”

Where: Medlock Drive and 2nd Street (one block east of Central Avenue and just north of Camelback Road)

Tickets: $12 per person. One child under 12 per paying adult enters free. Can be purchased at Medlock Drive and 2nd Street or online 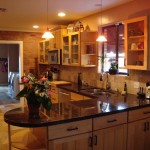 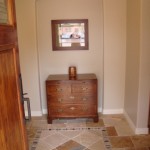 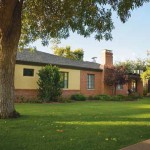 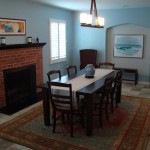 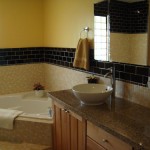 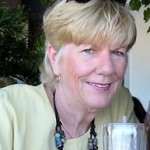