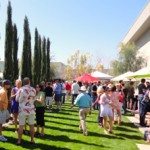 Buzzing underneath a blanket of warm Arizona sun, cradled within the state’s largest institution of art, this year’s Devoured Culinary Classic once again failed to disappoint.

Devoured 2012 was another culmination of Phoenix’s edible best. The annual, two-day event held inside the polished digs of the Phoenix Art Museum, pulled thousands, once again, to eat, drink and candidly revel in what has become the state’s most esteemed celebration of food. 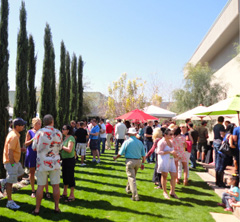 Though the crowds were relentless (especially Sunday morning, as expected), the festival’s organizers, including Local First Arizona’s Devour Phoenix, implemented learned strides in doing everything in their powers to lubricate the waves of covetous, hungry attendees.

From additional seating areas (including actual dining areas) to opening up more of the museum’s interior square footage for bottleneck relief and added participant staging, to simple aesthetics and comfort (strewn trash was more routinely picked up; tubs of complimentary bottled water were quickly refilled upon depletion), this year’s Devoured was a class in how to throw a major-league food festival that still maintains an air of intimacy.

Though Sunday is traditionally the more electric day of Devoured, Saturday was definitely not far behind this year, giving crowds some equally fantastic offerings.

Roka Akor came through strong Saturday with a sinister, smoky dice of grilled pork belly adorned with a mellow but oh-so gratifying kimchi; Province did well with tender pork meatballs lathered in a spicy, piquillo pepper marinara; and, Sierra Bonita’s roast pork loin, rubbed in an espresso-cocoa mix and steeped in a potent vanilla butter sauce also came out, if nothing else, as a positive surprise.

Relish Burger Bistro, who parked both days of the festival, showed well with what they do best – burgers – showing off a mouth-melting Wagyu slider. St. Francis, on the other hand, decimated the competition with a pitch-perfect garden salad, wowing with its bright collage of fresh local produce, nutty quinoa and a velvety citrus vinaigrette. 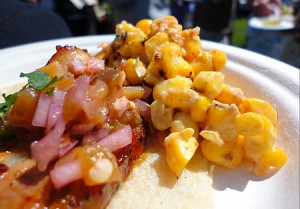 By Saturday’s end, however, no single taste was more sinful than Gallo Blanco Cafe’s pork belly tacos, the meat of which virtually dissolved with each stolen bite. Served with a helping of sharp pickled onions and shavings of their infamous grilled corn (elote), these tacos easily stole Saturday’s show.

Then, came Sunday – a new day and, frankly, the weekend’s biggest arsenal.

J&G Steakhouse served an exceptionally seared slice of salted, dry-aged sirloin; Different Point of View returned, once again, with a made-to-order masterpiece: this year a photogenic brick of pork belly, grilled and stacked over savory griddled corn cakes, glued together with a delightful strawberry rhubarb compote.

Downtown’s ever-charming bookend for solid Jamaican eating, the Breadfruit, surprised even their biggest fans with a singular, simple, but perfectly delicious mussel, perfumed with a fragrant truffle and rum-accented broth that finished with the sting of some soulful Caribbean heat.

Barrio Cafe also helped anchor firm on Sunday with a no-surprise cochinita pibil knock-out; and, Citizen Public House came to the party quiet but equally strong, with their jewel-sized knobs of tea-smoked tuna – tender and irresistible. 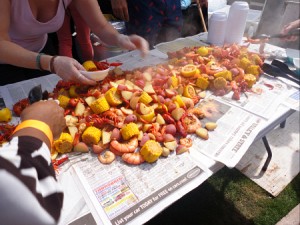 For pure showmanship, Tuck Shop earned populist raves for their eye-catching (and momentous) seafood boil. Crawfish, shrimp, cobs of corn and red potatoes bathed in cajun-spiced waters before delivery (read: dumping) atop piles of newsprint for patrons to self-serve.

Sunday also brought the sheer, direct delights of Hana Japanese Eatery with a buffet of light, tasteful offerings, from tender skewers of marinated meats, smoky from the grill, to quail egg and sea urchin shooters that easily ranked as one of Devoured biggest fireworks.

If “cute” wasn’t a respectable sentiment for a great bite of food before, it is now, thanks entirely to the playful servings of “pork and beans” offered by Beckett’s Table. Hinting at that known classic combination, the restaurant clearly took a left turn, but in the right direction, with their pork rillette and herbed white beans, in a light but slurp-worthy broth.

And finally, any mention of Devoured sans a highlight of Kai would be a snag in life’s path. And, the regional dining powerhouse once again spared no effort. Easily stacking the longest lines of the weekend, Kai’s suckling pig machaca, roasting flamboyantly on a firey spit in full-view, served atop garlic fry bread with a tangy fruit jam, and, their tender flakes of cedar-grilled arctic char, continued to show why this trophy restaurant sits with few local peers.

At the end of a very long weekend, as we tended to our bruised elbows, sore feet, overstuffed stomachs and first-degree sunburns, we were all wholeheartedly reminded once again about the unapologetic pleasure of attending the Devoured Culinary Classic, year after year. It continues to show us how first-class eating, and simply enjoying a major food festival, doesn’t always have to be a mutually exclusive occurrence.

See you next year. 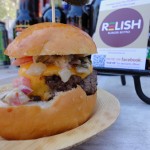 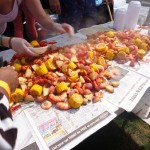 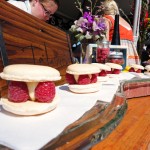 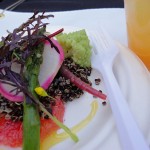 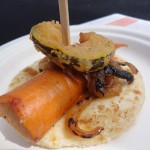 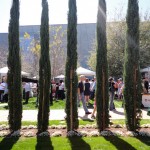 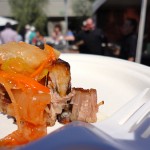 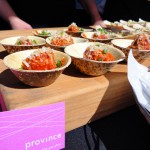 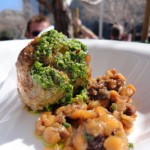 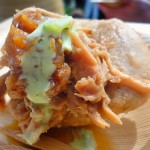 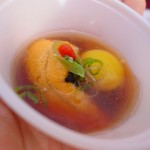 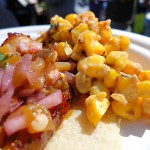 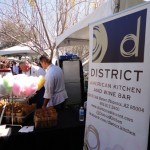 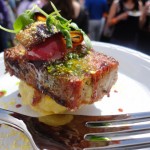 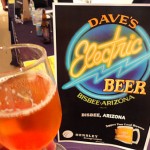 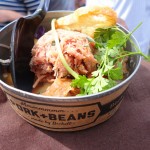 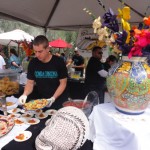 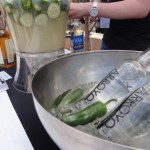