From the Wire | Matsuri: A Festival of Japan 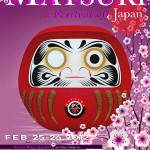 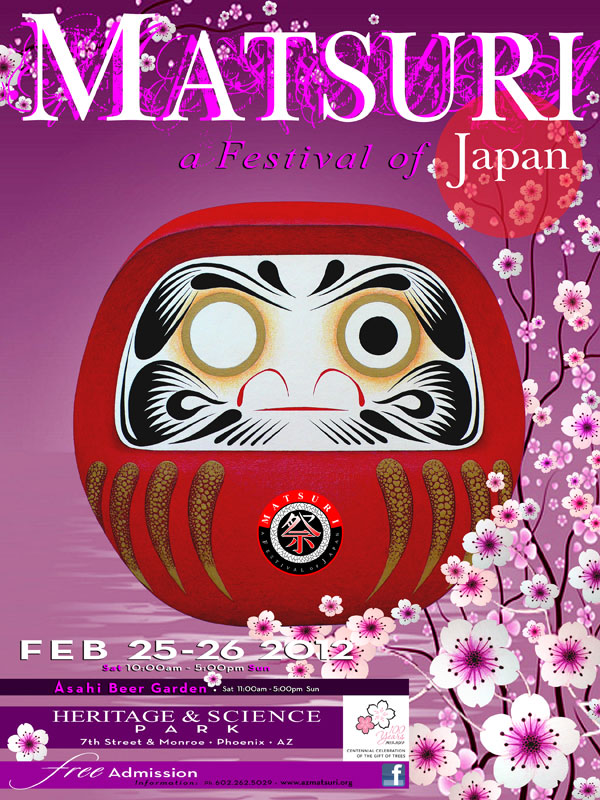 The 28th Annual Matsuri Festival takes over Heritage & Science Park in Downtown Phoenix on Saturday and Sunday, February 25 & 26, 2012.  This two-day celebration features colorful displays of authentic Japanese art, crafts, and entertainment.  Traditional Japanese food and merchandise will be on sale.

For 2012, the festival committee chose the theme Daruma; a hollow, round Japanese traditional doll modeled after Bodihdharma, the founder of the Zen sect of Buddhism.

These dolls are typically red, depicting a bearded man named Dharma.  These dolls may vary in color and design depending on the region in which the artist resides.  It is a toy, but it is rich in symbolism and looked upon as good luck to the Japanese.  These dolls symbolize perseverance and good fortune.  A modern, motivational Buddhist teacher may use it alongside goal setting and achieving success.

ALSO NEW!  Sakura: The Cherry Blossom Tree ~ Upon special request by the Japanese Consulate, The Matsuri 2012 Committee has happily added this element:  The 100th year celebration of the Cherry Blossom (donated to Washington from Japan) to the Festival.

Flowering cherry trees have been symbols of Japan’s friendship to the people of America for 100 years.

In 1912, over 3,000 cherry trees were gifted from the City of Tokyo to the City of Washington, D.C. as a symbol of lasting friendship from the people of Japan. Since that time, Japanese organizations have made gifts of cherry trees to America to commemorate significant milestones in the relationship between Japan and the United States.

In Southern California, there are many places where you can see flowering cherry trees which were planted by Japanese individuals or Japan-related organizations.

In 2012 there will be twelve cherry blossom festivals in Southern California. There will be more events in 2012 commemorating the centennial.

9:45 a.m.   Assemble for the Mikoshi Procession

The following Japanese Taiko Drumming groups and entertainers will be performing on the ASU Stage at Heritage Square and Science Center from 10:30 am – 5:00 pm:

Hands On Taiko ~ you know you want to try it!

In this story: Arizona Matsuri Festival, from the wire, Heritage and Science Park