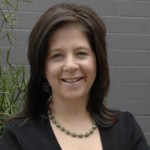 We are surrounded by small businesses in Downtown Phoenix, and we know much of Downtown’s success rests on the shoulders of these business owners. As we survey the current economic climate, it is critical to understand the impact a national retailer can have on the health of our local economy. Kimber Lanning, founder and executive director of Local First Arizona, provides insight on the ramifications of the current sales tax impasse between the State of Arizona and Amazon.

Last week at the Arizona State Senate subcommittee hearing Don Isaacson, the lead attorney for Amazon, took the podium to make the case that economies change over time. “We all remember the days of mom and pops,” he said, “and then there were the days of the big box retailers….” I surmise this to be a very honest glimpse into the world vision Amazon holds, but what does it mean for Arizona?

For the moment, let’s forget the fact that there are over 40,000 independent businesses operating in Arizona today, with a payroll of around 21 billion per year, and let’s focus on our state’s economy and what would be left of it if Amazon’s vision becomes reality.

“For every book store or hardware store that closes, one more accountant loses a job, one more web developer loses a client, one more graphic designer loses a project.”

Let’s say Amazon is successful in eliminating 20% of the independent businesses in Arizona. Most people understand the immediate job loss and can easily process the thought of, say, 5,000 people losing their jobs because businesses closed. “Amazon is hiring,” some people will say, and that’s true. So let’s be fair and say Amazon will create 1,000 more jobs over the next couple of years, leaving a net job loss of 4,000. But now, let’s move on to calculate the secondary jobs that were supported by the 20% of now defunct independent businesses. For every book store or hardware store that closes, one more accountant loses a job, one more web developer loses a client, one more graphic designer loses a project. Soon these supporting businesses will close down, because, well, Amazon isn’t hiring them for their services.

Now let’s measure the impact on real estate. How could we put a number or real value on the blight caused by over 8,000 closed up businesses littering our state? With no new start ups looking to rent commercial space, how many building owners would be forced into bankruptcy? What exactly would the world look like if we all decided to buy everything from Amazon? Where would we all work and how would we earn enough money to keep shopping on Amazon?

“With no new start ups looking to rent commercial space, how many building owners would be forced into bankruptcy?”

Given this bleak picture of the world, which may or may not come true, it’s unfathomable that Amazon has convinced so many people that they should not have to collect sales taxes as every other business has in the history of this country. Sales taxes, or transaction taxes, are collected to pay for services we all enjoy like police and fire protection, libraries, neighborhood services, parks, transportation, and additionally, a small percent of sales taxes are dedicated to education. Anyone interested in improving education in Arizona should be screaming for consistent sales tax collection.

The word TAX has become such a political lightening rod that people are not thinking clearly about which tax we are talking about. This is not a corporate tax that causes companies to have to reach into their profits to pay, nor is this a NEW tax. This is the tax that consumers have always paid on their purchases in order to be able to enjoy the services I outlined above. We could revisit our founding fathers’ logic and decide that we all want to opt out of fire protection or any other services provided by the city, county, or state, but it’s a safe bet that most people are not ready to fight their own house fires with garden hoses.

“Anyone interested in improving education in Arizona should be screaming for consistent sales tax collection.”

Recently the Arizona Department of Revenue handed Amazon a bill for $53 million to cover part of the taxes they failed to collect between 2006 and 2010, and there was some public outcry about this being “unfair” to Amazon. Think of this bill as a simple fine for breaking the law. With four distribution centers located here in Arizona totaling over 4 million square feet of space, Amazon is and has been refusing to collect transaction taxes on sales conducted to the people of Arizona.

Every other retailer operating in this state collects these taxes, whether they are on-line or bricks-and-mortar businesses. Order from Walmart on-line and you will pay AZ transaction taxes. Order from Land’s End and you will pay the same taxes because their parent company, Sears, has stores here in Arizona, even though Land’s End does not. They are law-abiding companies doing business here and enjoying a comfortable profit.

I have heard many Amazon defenders claiming that forcing their company to collect sales tax flies in the face of free markets. In reality, allowing one company to be exempt from a law requiring all transactions to include a tax for municipal services is absolutely anti-free markets. I don’t know a single independent business that wants a government hand-out. In fact, most are happy to compete as long as the playing field is level.

“Amazon is and has been refusing to collect transaction taxes on sales conducted to the people of Arizona. Every other retailer operating in this state collects these taxes, whether they are on-line or bricks-and-mortar businesses.”

Amazon will most definitely take Arizona to court over their $53 million bill, not because they feel they have a case, but just to drag the battle on longer. Meanwhile they continue to ignore the tax, which gives them a 9.3% advantage over all other businesses. They may offer the Arizona Department of Revenue a bargain and agree to collect the taxes starting in 2014, which is what they did in California, but in the duration how many other Arizona businesses will be lost?

Arizonan’s are currently the 7th LEAST taxed people in the union. If we fail to pay sales taxes our services will decay rapidly. Already it is estimated that Amazon has failed to collect upwards of $750 million in sales taxes, so let’s not be surprised when we get our next property tax bill and it’s double what we expected. The taxes have to come from somewhere. It’s in our best interest to stick to the agreement we have and pay our sales taxes and to require businesses operating here to collect the exact same taxes.

Senate Bill 1338 is currently moving through our legislature and will close Amazon’s last loophole by specifically requiring businesses with warehouse space OR retail space to collect the same amount of sales tax. This initiative, which supports the very fundamentals that makes capitalism work in this country, is nothing short of the only solution to save jobs in Arizona.