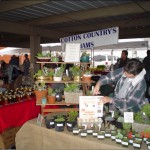 Stop by the Phoenix Public Market tomorrow for its 7th Anniversary, or on Tuesday, February 14, as they celebrate Valentine’s Day and Arizona’s 100th Birthday. In celebration, we’re taking a look back at that first day that started this phenomenal community asset.

It was the second Saturday in February.

For years, determined souls had worked toward opening a Phoenix Public Market, and what happened on that glorious grand opening morning in 2005? The fickle February winter did its thing and poured buckets down on this community venture.

Cindy Gentry, executive director of the nonprofit Community Food Connections (CFC), and a team comprised of stalwart market believers, farmers and shoppers withstood the winter rain and declared it a successful day – one.

Many days and seven years later, this little-market-that-could has sprouted an indoor Urban Grocery and Wine Bar, incubated several small businesses, nourished a community with fresh local food, and so much more – with more to come.

All of this has taken place on empty parking lots that could have stayed empty were it not for the vision of Gentry, and others pictured below including her CFC cohort Emma Sorois, then-Mayor Phil Gordon, Councilman Michael Johnson, Downtown Phoenix Partnership Community Development Corporation director Dan Klocke (now president of CFC), Phoenix Community Alliance president Don Keuth and vice president JoMarie McDonald, property owner Kurt Schneider, former ASU Joint Urban Design Program director John McIntosh and many, MANY, more. And let’s not forget the farmers and vendors, without whom there would be no Market.

Do you remember hearing about the Market before it opened? Were you there that day? Share your memories below.

And while you’re at it, donate to the nonprofit that made it possible. 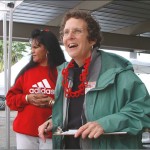 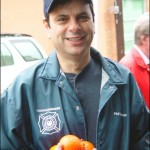 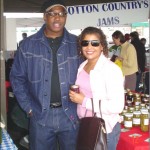 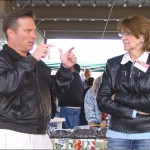 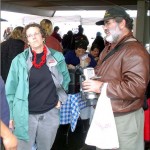 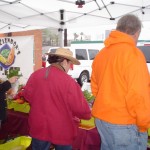 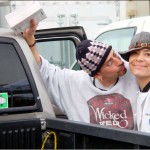 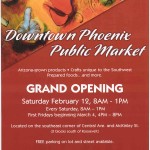