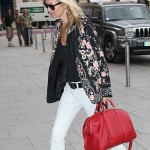 (From our Downtown desk, DPJ fashion editor Corbin Chamberlin and his team look beyond the central city and share their views on people and happenings affecting our Valley’s material world. 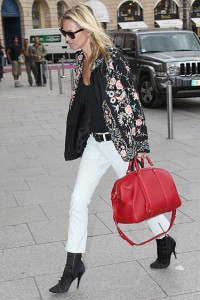 Collaborations among celebrities and fashion houses have increased tremendously over the past couple of years. A successful example of this popular trend includes the one between the famous film director and producer Sofia Coppola and French fashion house Louis Vuitton.

Coppola designed a collection of classic, “equestrian-esque” handbags and clutches that officially launched in 2008. Known for her clean and sophisticated style, Coppola’s penchant for simplicity is distinct throughout the line, which features fine suede, calf leather and lambskin mixed with a brown-black-grey palette. Unlike the traditional Louis Vuitton patterned monogram, she minimized the print and enhanced each piece with a touch of elegant gold detailing.

The collaboration has had quite a positive response and is a huge hit with celebrities, including Alexa Chung, Kirsten Dunst, Kate Moss, Sienna Miller, Mila Kunis, Rooney Mara and more.

Coppola’s potential as a featured designer continues to impress. She has paired up with the fashion house once again to help create the entire Resort 2012 line. With such an effortless-chic style and lavish taste, it’s not surprising that her designs remain successful.