From the Wire | Afternoon of Blues at Windsor 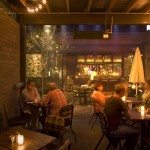 What:      Run, walk, drive or bike down to your neighborhood hangout, Windsor, this Saturday for an Afternoon of Blues! 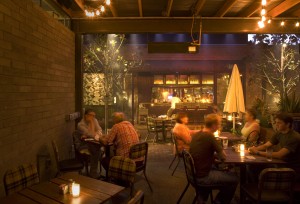 Situated in the heart of its namesake historic Phoenix neighborhood, Windsor will be celebrating the blues with live music from local musician Brian DeMarco (often overheard on casual weekend mornings across the street at sister restaurant, Postino Central), FREE tastes and $5 pitchers of Oskar Blues beer and familiar bar food with an upscale twist, such as MJ Pretzel Bread and Cheese Fondue, Charcuterie boards and Tenderbelly Chicago-Style Hot Dogs.

Oskar Blues Brewery, known for their hoppy, premium canned brews, will be taking over the taps with four of their classic brews: Dale’s Pale Ale, Mama’s Little Yella Pils, G’Night Imperial Red and Ten Fidy Imperial Stout.  Fans of Old Chub and Gubna, don’t worry, there will be cans available as well.

Tucked into its namesake historic Phoenix neighborhood, Windsor is a hip, local hangout with one of the best patios in town.  The second offering from the minds that created the original wine bar Postino, owners Craig DeMarco and Lauren Bailey kept it simple: high-quality wine and beer on tap, a robust selection of prohibition cocktails and a kitchen that cranks out casual and familiar bar food with an upscale twist.  For an added scoop of “cool,” save room for homemade ice cream and nostalgic candy at Windsor’s next door ice cream parlor, Churn.

Thinking about riding your bike?  Take note of the newly installed bike lanes up and down Central Ave. between Camelback and Bethany Home Road.  Craig DeMarco proposed the idea to city officials last year to help slow things down a bit for the pedestrian-friendly neighborhood.