From the Wire | Mayor and Council Inauguration Ceremony 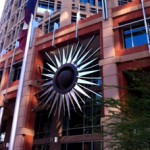 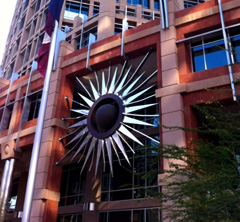 The public is invited to attend an inauguration ceremony for the Mayor and City Council at 10 a.m. today, at the historic Orpheum Theatre, 203 W. Adams St.

Mayor-Elect Greg Stanton and three councilmembers who were re-elected earlier this year – Vice Mayor Thelda Williams, District 1; Bill Gates, District 3; and Michael Nowakowski, District 7 – will take their oaths of office, along with newly elected District 5 Councilman Daniel Valenzuela. Mayor-Elect Stanton will be sworn in by the Honorable Rose Mofford and his wife Nicole Stanton.

Mayor-Elect Stanton will swear in all of the councilmembers, with each of their spouses (Mel Williams, Pam Gates, Sonya Valenzuela and Delia-Ortega Nowakowski) holding a Bible. Mayor Stanton and the councilmembers will give remarks and be presented with an election certificate.

Following the event, there will be a reception open to the public in the Phoenix City Hall Atrium, 200 W. Washington St.