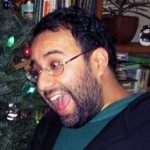 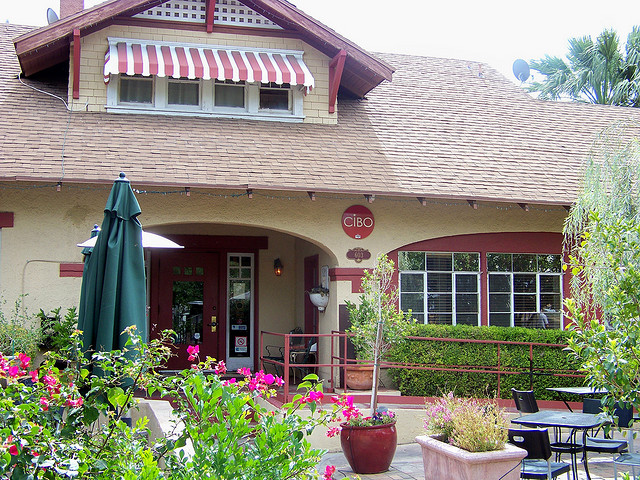 Disclosure: Any person, entity, organization, operation, or business that I mention down below is most likely one that I’ve worked with, been affiliated with, or have been a fan of at some point in the history of human beings. So, take what I say with a grain of salt, but I recommend adding some lemon pepper for maximum tastiness.
If you’re reading this on Downtown Phoenix Journal, you’re probably well aware of the benefits of going local. You might even be a big supporter and advocate of spending your money with local, independent businesses or locally founded chains (Harkins Theatres, holla!). If you like to make it rain locally, throw your hands in the air and wave them like you actually, really care!

Local First Arizona has done an amazing job over the past eight years of raising the general public’s awareness of the difference it makes to spend your dollars locally. Long story short: money spent at locally owned businesses and companies has a greater positive impact on the local economy than money spent with national chains. That makes sense, right?

What’s been great about the increased awareness of going local is that it’s spurred Phoenicians to look beyond the national chain mainstays of the strip malls of America for their dinner time plans. So, we might opt for La Condesa or America’s over Taco Bell, or Cibo over Olive Garden. Not only will the fare be one million, trillion, gazillion times better, but we can feel good that more of those dollars will circulate around our own community instead of being vacuumed out to corporate headquarters.

The buck shouldn’t just stop, though, with what we feed our bellies. What about what we feed our minds, you guys? There are numerous and amazing options for local arts and entertainment every night of the week and when you talk about the weekend, they absolutely balloon.

It really kills me when people say that there’s nothing to do in Phoenix. It makes me feel like whoever has said such a thing is from Oppositeland, where they say things that are the opposite of the truth. It makes me want to hug them – in Oppositeland.

What if people were as adamant about going local with their arts and entertainment as they are with where they shop and dine? 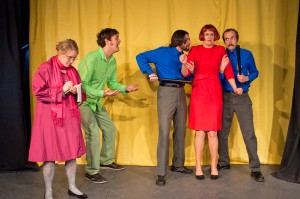 The Unhappiness Plays by Space 55

Stray Cat Theatre, while not in the Greater Downtown area, has been putting on fantastic and provocative productions using talented local actors for nearly 10 years. Space 55 Theater is dedicated to producing works from new and emerging playwrights, including local folks, and this past summer took their production of The Unhappiness Plays to the New York International Fringe Festival. The Brelby Theatre Company is in its third year and their take on Alice in Wonderland, Alice’s Canvas: The Wonderland Exhibition, starts its two week run on Friday, October 28th, at the Playhouse on the Park (across the street from Phoenix Art Museum).

There are plenty of other theatres, too, but just focusing on these three, I get more excited hearing about what they’re doing than I do than when I hear that there’s another touring production of Wicked coming to town.Nothing against Wicked, its talented cast, or its producers (who I like to imagine spending most of their days swimming in gold coins like Scrooge McDuck), but it’s always weird to me when people seem to value touring Broadway musicals over locally produced fare.

That said, going to see Wicked, a live theatrical production, would be totally more exciting than the latest Hollywood blockbuster or spending the night at home watching DVDs. I think we can all agree that there’s an intergalactic conspiracy to assuage us into compliance and to separate us from our friends and loved ones by having us sit in a room and stare at a screen.

In any case, all of the local theatres I mentioned are filled with artists who have made the choice to create their art here in the valley instead of assuming that our city isn’t a place for challenging, innovative, and new works. Their bootstrapping, indie attitudes are a lot closer than you might think to the theatres that make San Francisco, Chicago, and New York great theatre towns.

There’s more than enough local art and entertainment events in Phoenix to support as much as you might support local restaurants and businesses. How do I know? A) ShowUp.comhas scads of events in their listings. B) I’ve come to the end of this column without even touching upon all of the other great arts and entertainment going on in Phoenix.So, what are you doing tonight? What are you doing this weekend? I’m not hitting on you (though, I’m sure you’re totally fun); I’m just wondering how you’re keeping it real and getting crazy with keeping it local when you hit the town. Let me know!

Jose Gonzalez is one of the founders of The Torch Theatre, where he performs and teaches longform improv comedy & theatre, a producer of the annual Phoenix Improv Festival, and is a lifelong resident of Phoenix.

In this story: Around Town, loco, Phoenix