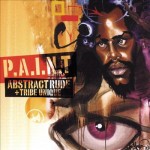 Hip hop doesn’t make it to Downtown Phoenix much, so when artists do come our way, it’s quite a surprise.

Over a decade of making music and Mr. Aaron Pointer still has it.

Need a little reminder of who he is? Just pick up the documentary This is the Life.

Abstract Rude along with Jurassic 5 and other ’90s hip hop artists got their start from playing Thursday nights at the Good Life Café in Los Angeles.

After being discovered in the café, his career took off in the mid ’90s.

Rejuvenation has more of a funky undertone with heavy bass beats behind them. It’s definitely one of those albums you throw on in the car and get down while you think no one is looking.

Listen to Nuff Fire to get an idea of what Abstract Rude has to offer.

In this story: abstract rude, hidden house, Make the Scene