You’ve probably marveled at an Arizona sunset over the desert landscape, and if you’ve traveled anywhere along the coast, you’ve most likely gazed out at the infinite ocean in awe.

When artist Joshua Dean Wiley observes this scenery, however, he’s admiring something the average person may not even notice. He is fascinated by the points where the sky meets the land, the land meets the ocean and the ocean meets the sky.

“These are places where vast, boundless horizons intersect far away,” Wiley says. “That meeting place is such an interesting place.”

Wiley has painted various landscapes, focusing on these meeting places, and they will be displayed at the Rendezvous: New Landscapes exhibit opening this month at After Hours Gallery. 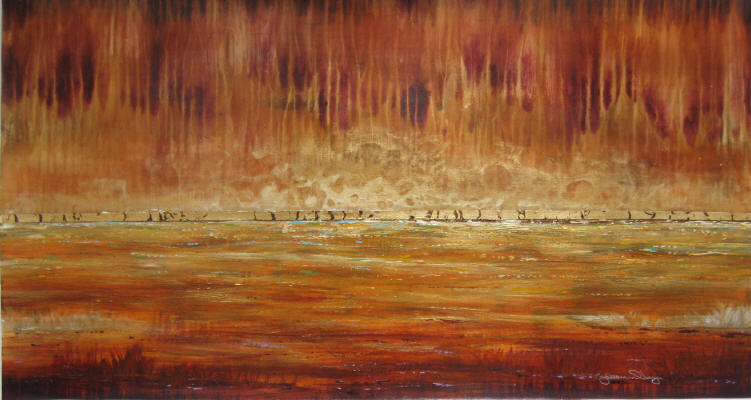 Gallery owner Mike Oleskow says that sometimes people want to be taken away by a painting to a calmer, more beautiful and more reflective environment, and that Wiley’s art draws viewers in and captivates them.

“It’s like a conversation with a close friend,” Oleskow says. “You just want to hang out there for a bit, even if you’re not talking.”

Wiley grew up in the rural Midwest and moved to Arizona in 1995. He currently works out of a studio in Downtown Phoenix, but his art has been displayed around the country.