Suns Spot | To Make a Move or Not

Twenty-four games into this current NBA season and the Phoenix Suns have certainly been up and down. They currently stand in the 8th spot in the Western Conference with a record of 12-12 and are kicking off a tough three-game road trip tonight in Dallas against the streaking Mavericks.

As of December 15, players that were signed during the offseason are now eligible to be traded. The February trade deadline will get here quicker than people think. It’s soon going to be time for the Suns to decide if they’re happy with what they have this year and move forward as is or try and make a move. This is where things get tricky.

Right now, it’s pretty hard to gauge what the Suns have and what they need. Yes, we know more size, better rebounding and better defense would definitely be ideal. With that said, we are just now seeing our first glimpse of how good this current squad can be with a healthy Robin Lopez in the middle.

The results from Wednesday’s game against Minnesota are encouraging. Lopez had 12 points and eight rebounds in just more than 20 minutes. His defense looked pretty solid, and his sized made it much easier for guys like Channing Frye to grab more boards than normal. So much easier, in fact, that the Suns actually out-rebounded the Timberwolves, who are tops in the league in rebounding. 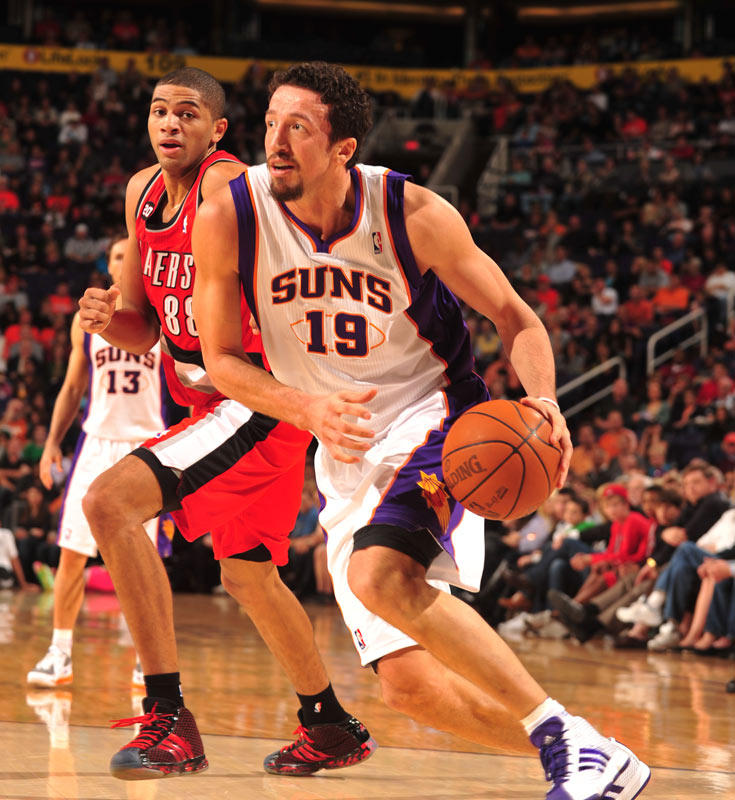 Is Hedo Turkoglu available on the trade market? Photo by Barry Gossage/Getty Images

Even if Lopez does continue to improve or even exceed expectations for this season, an extra big body would still be a very nice addition. So, if Lance Blanks and Lon Babby decide making a move is in the best interest of the team, the next step would be to figure out what type of move to make.

Many are already saying it’s time to blow things up, trade Steve Nash and start all over from square one. I’m not one of these people. It’s far too early for a bold move of that nature. In fact, I don’t expect that moment to come at all this season.

The bigger question for me is how soon should the Suns make a move. Do they try and make a small trade now by packaging Earl Clark and possibly a draft pick or someone like Josh Childress for a player of Sacramento Kings forward Jason Thompson’s caliber (I’m not saying the Suns could get Thompson because I’m unsure that the Kings would move him to a division foe) or do they hold off until February to see if something better becomes available?

In February, teams become a little more willing to pull the trigger. Especially teams that think they’re just one veteran away from making a run. Maybe this February some team out there will get desperate and feel like Hedo Turkoglu is that veteran. At this point, it’s still too early to tell.

Odds are the Suns will make a move at some point this season, however, it’s highly unlikely that it’ll be a huge trade, since there really isn’t anyone out there that will want Hedo. Jason Richardson could possibly net some talent, but currently he’s too valuable to the team. My hope is Blanks and Babby are able to work some magic and make a small move that has a huge impact.