Suns Spot | Get Out and Watch the Game

So, the Phoenix Suns are at home facing off against an NBA foe at US Airways Center and you were unable to score tickets. Bummer, right? Not entirely. Thereare plenty of places around the arena were you can watch the game while enjoying great food and drink in a fantastic atmosphere.

Two spots I love in particular are Majerle’s Sports Grill and The Duce.

Majerle’s Sports Grill, located on 2nd Street and Washington inside the historic Fry building (the oldest commercial building in Downtown Phoenix), is always a solid choice. Owned by and named after Suns legend and current assistant coach Dan Majerle, Majerle’s Sports Grill offers a great variety of food and beverages served by a friendly staff. 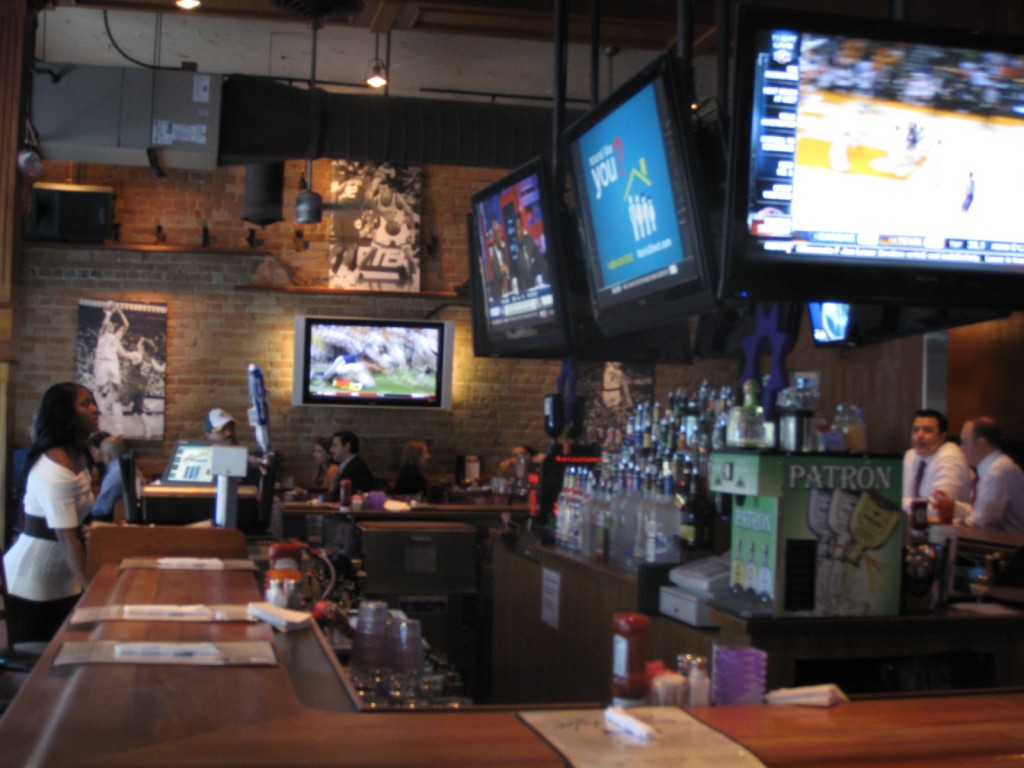 Majerle's is the perfect spot to cheer on the Suns.

Majerle’s has been serving the Downtown area since 1992 and has built quite the reputation. The winner of multiple awards, including “Best Pre/Post Game Spot” from the Phoenix New Times, Majerle’s is certainly the place to be on game nights. Any seat in the house will guarantee you a great view of the game with the large selection of televisions placed throughout the bar.

Whether you’re looking to grab dinner while watching the game or just have a few drinks, Majerle’s is the place for you. If you are eating, I recommend the ham and swiss panini. It’s delicious!

The Duce is the new kid on block. Located just two blocks south of US Airways Center in a historic brick warehouse, The Duce is nothing like anything you’ve seen in the Valley before.

If you’re looking for somewhere with the in-arena atmosphere to watch the game, the Duce may be just the place for you. With a set of old bleachers from St. Mary’s High School and a large movie theater-style screen on which to project the game, the Duce makes you feel as if you’re actually inside the Purple Palace.

If you happen to get thirsty or hungry while watching Planet Orange take the court, the Duce has you covered with a fine assortment of food and drinks to keep everyone satisfied. Oh, and the food is served out of a shiny silver airstream trailer. Where else are going to find something that cool and unique?

I know what you’re thinking: “The Duce is located two blocks south of the train tracks? I’m not going all there way over there!” No worries, the Duce has got you covered! Just give them a call and they’ll send “Old School,” their 1968 school bus, on over to pick you up. And if school busses aren’t your thing and you would prefer to drive, the Duce also offer free valet parking. Yes, FREE valet parking.

You haven’t any excuses, Phoenicians. Get out, watch the game, and have a good time.