Whether or not you have met Sean Sweat face to face, chances are you’ve seen him devoting his time to various Downtown-related causes, working seemingly around the clock — by his own will, not that of an organization — to spread awareness to his Downtown Phoenix neighbors.

Sweat was one of the main voices against the demolition of the now-rubbled Sahara just south of Taylor Street between 1st and 2nd streets, and he’s still championing an alternative to the Sheraton Hotel parking lot proposed to take over the land: a Downtown dog park. Sweat weighs in:

“People are moving to Downtown Phoenix more than you might expect, but they aren’t doing it to see more asphalt parking lots,” he says. “They’re doing it under the expectation and written promise from the City Council (Downtown Phoenix Plan, 2008) that the residential vibrancy is a focus and a goal. Another 90,000-square-foot asphalt parking lot in a downtown that has 14,000 excess parking spaces violates the public’s trust in the City’s intentions and urban planning competence. With over 800 dog owners within walking distance of this site, many which have made the lifestyle choice to be car-free, we are owed a centralized and walkable dog park instead of a private Sheraton Hotel parking lot.” 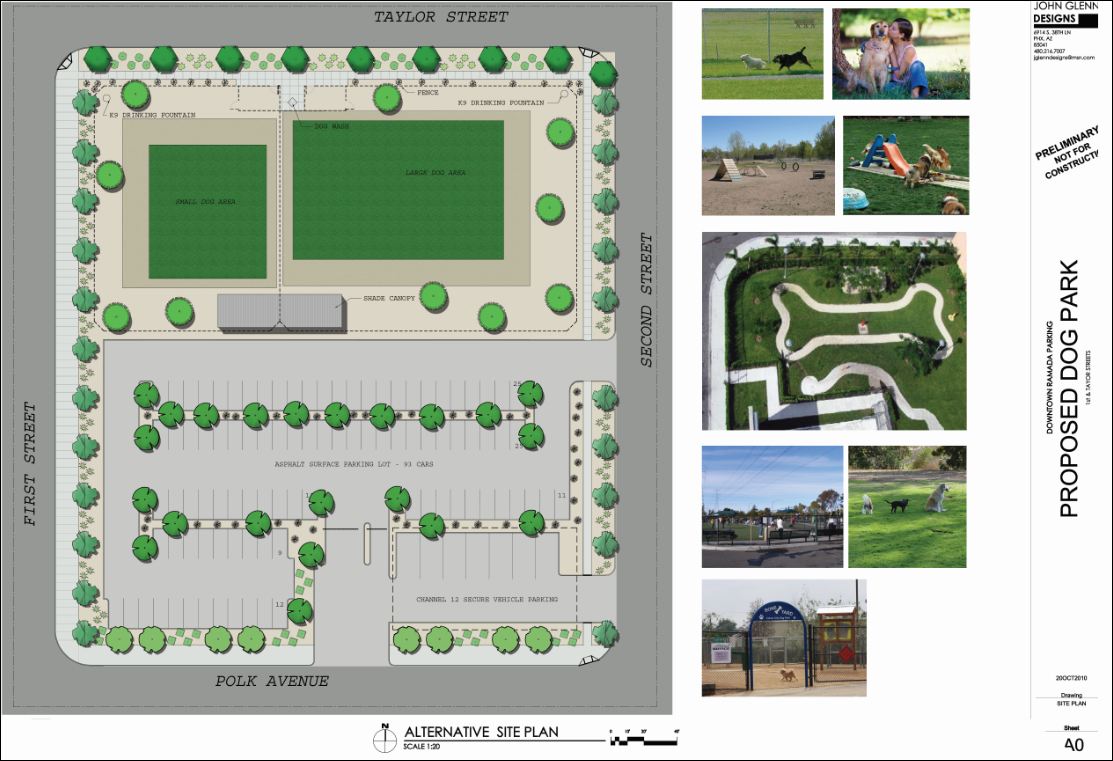 A rendering of the Downtown dog park

A hearing for the matter has been scheduled for noon on Thursday, November 4 at the Phoenix City Council Chambers. Up until that point, Sweat will be collecting signatures of residents that support the dog park plan. Follow Sweat on Twitter to see where he’ll be taking his petition next. 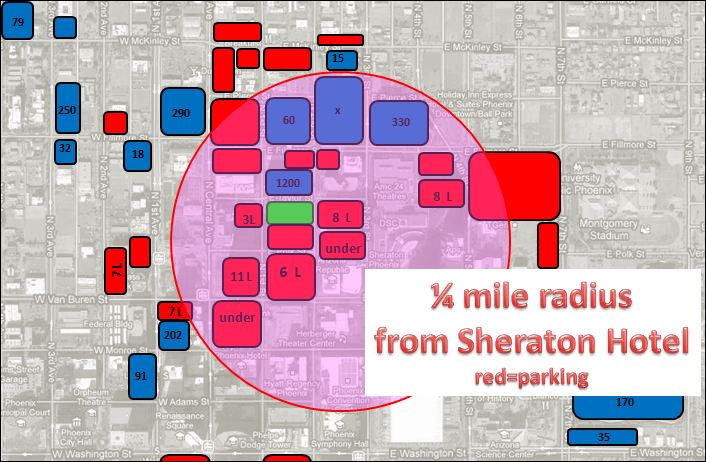 Number of parking spots within a 1/4-mile radius of the Sheraton Hotel. Map by Sean Sweat. 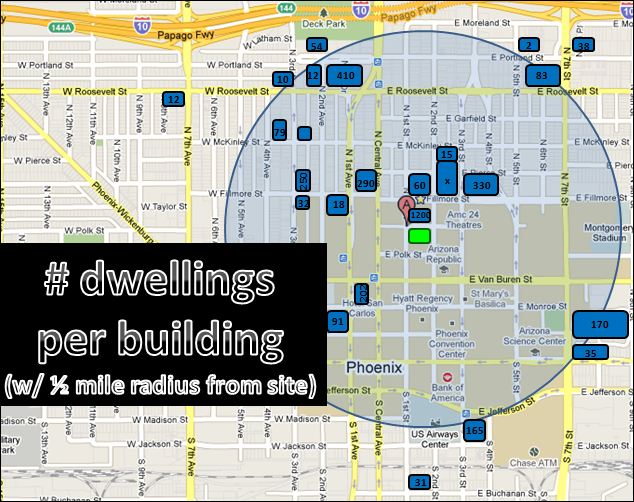 Residents within a 1/2-mile radius of the proposed dog park. Map by Sean Sweat.

If You Go: Downtown Dog Park Hearing (aka “Love Dogs, Not Cars”)