In the days of Fate and Nine|05, neighbors and First Friday attendees alike flocked to the outdoor bar and the tasty but expensive plates well into the night. With those concepts long gone, it seemed a waste to have one of Downtown’s premium patio spaces — not to mention stunning yet quaint indoor restaurant-and-bar bungalows — vacant once more.

The vacancy was brief, and in the ideal doldrums of the Phoenix summertime. Bliss and reBar, a restaurant and bar concept sharing the same lot, opens today, offering a shift toward cheaper price points and a more neighborhood feel. 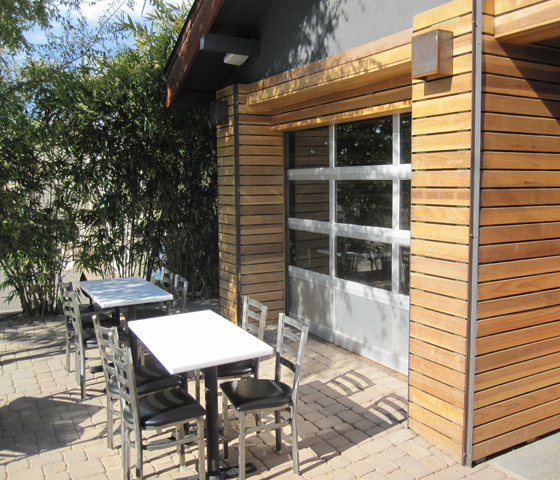 When the weather cools down, Bliss will seamlessly meld indoor with outdoor.

Co-owners Mark Howard, Jackson Kelly and Kevin Kelly had been looking for a place Downtown for nearly two years, and were pleasantly surprised when the buildings on 4th and Garfield streets unexpectedly became available this past spring. Right away, they knew their collective ideas could work in the location.

“We feel that the concepts [in this space] before were very challenging for Downtown Phoenix,” Howard says. “They were for more of a north Scottsdale crowd. This is Downtown, and it needs something more comfortable, affordable and accessible. That’s what we aimed to create.” 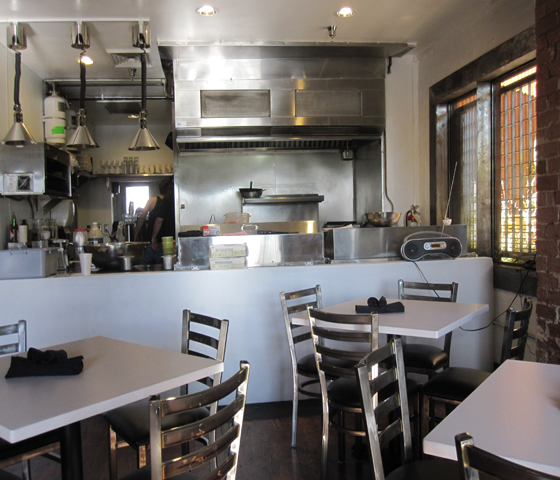 An open kitchen adds to the welcoming feel inside Bliss.

The cuisine fits the above description well. Comfort classics like nachos (adorned with heaps of juicy braised beef) and mac ‘n’ cheese (packed with chicken and bacon) are given a unique spin. Executive Chef John Cook, who is playing double duty at Bliss and at Fez, another of Howard’s restaurants, liked the challenge of recreating American staples with a Bliss twist.

“He is incredibly talented with food,” Howard beams. “He took our ideas and started crafting a menu that really fit this space and this neighborhood — it needs to be affordable and friendly. We call it ‘home on a plate.'”

The luxury of creating a standalone bar that meshes perfectly with the restaurant excited Howard, Kelly and Kelly. They have crafted a menu of affordable wines by the glass and bottle and select beers that fit the space. The specialty drinks have the same pizazz as those at Fez or Ticoz, while the “naked drinks,” potent, tasty, guilt-free concoctions, give drinkers more healthful choices.

“We wanted a space that had a great restaurant and a great bar,” Howard admits. “Fez has those together, and it works really well there, but in this instance, we wanted to have a bar that could stand on its own.” 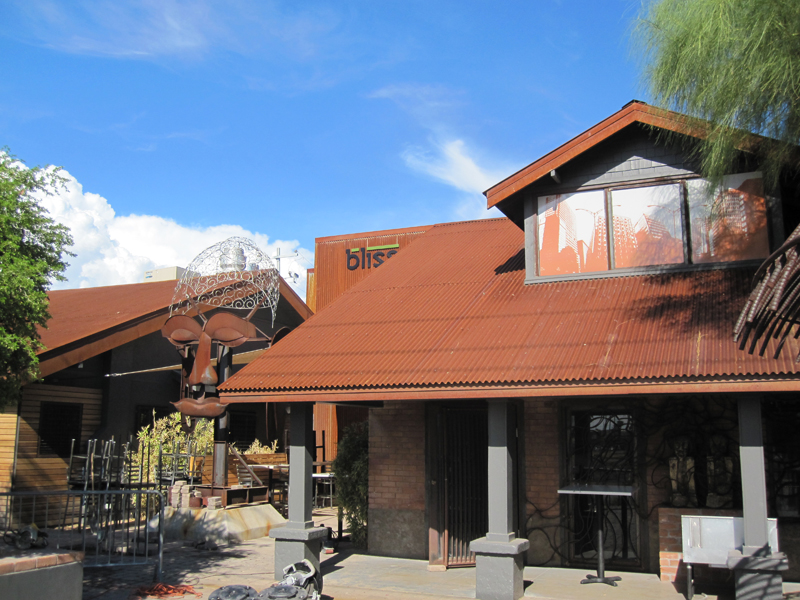 reBar (foreground) combines casual and chic in its indoor-outdoor space.

reBar’s hours are situated around Bliss’ serving schedule, so they’ll be open for lunch and weekend brunch. Bliss and reBar even defy the Downtown norm of silent Sundays and/or Mondays. Both are open seven days a week until midnight or later, including last-call pours on Fridays and Saturdays.

“If it’s a busy night on a Wednesday after the restaurant closes [at midnight], we’ll keep the bar open until 2 a.m.,” Howard confirms.

Becoming part of the neighborhood

The turnaround was incredibly quick. Howard says the Bliss building and kitchen were basically ready to go upon move-in. They spent two months touching up and finishing the reBar building as well as making some changes to the layout of the patio area.

Proper usage of space has always been a reconfigured challenge at these buildings (we are, after all, dealing with turn-of-the-century bungalows, not warehouses). Yet Bliss will comfortably seat 110 for dinner in the main restaurant and patio spaces, while reBar has a surprising amount of seating indoors, plus the iconic patio bar that overlooks the city skyline. 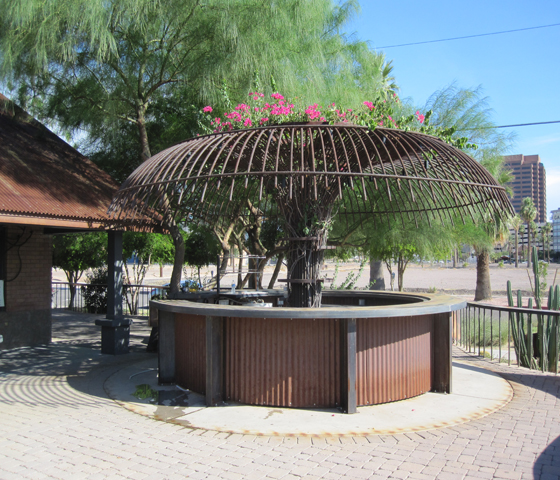 A hit at Fate and Nine|05, the outdoor bar tradition will continue at reBar.

Parking in this Evans Churchill neighborhood can be difficult during peak times, and since the two buildings butt up to an alley, there is no surface lot for customers. At Nine|05 and Fate, customers parked on the street, sometimes going round and round in circles trying to avoid metered spots. Bliss and reBar are eliminating the head spinning all together, leasing a few different lots off of Roosevelt Street to gravel over for parking, which will be available shortly.

For now, Bliss and reBar will draw you in with Ketel One Luscious Lemonades and Mama’s Pot Roast Dinner, but stop by this opening weekend for a look and “Bliss Boxes,” $5 late-night, self-serve pub snacks that perfectly cap off a busy week.

If You Go: Bliss and reBar

RadiatePHX, a monthly gathering in Downtown Phoenix put on by DPJ publisher Urban Affair, will be at reBar on Tuesday, August 31. RSVP here or on Facebook here.