DPJ Yelper of the Week: Rahul R. on All About Books & Comics 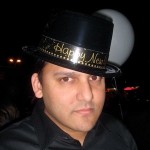 Some of the criticisms of AABC are likely generational. I began collecting comics before comics became an indie and underground edgy kind of hobby in which kids wear superhero shirts, listen to post-modern punk and play card games. I started collecting in 1985, and being 34 years old, that makes me ancient in terms of modern comic book collectors. AABC is right up my alley. The store is only about comic books. They have the best back issue supply in the city. They purchase enough copies so that they rarely run out of an issue. The comics are kept well and all the ones on the shelves are in NM condition. They keep comics on the shelves longer than most stores so you can arrive weeks after an issue debuted and it will still be there. The staff cater to collectors like me. They are informative and helpful but don’t act too smart to be condescending nor do they try to hard sell you issues like at other stores.

Some have implied they are rude or not friendly, and that isn’t the case. Like I said, it’s generational. At places like Atomic, the sales people are very conversational and will engage you and just chat because that’s what they do there. It’s a younger vibe there and it’s part of their culture. At AABC, the sales staff leave you alone but not because they are being rude — they just want you to shop in peace without being harrassed. Again, if you are one of these types who shop at Atomic and then go into AABC, it will feel very different, but that doesn’t mean one is better than the other. It’s just two different approaches to comics. So, it depends on what you are seeking.

In this story: All About Books & Comics, Downtown Phoenix, Yelp