Often an under appreciated part of the city core, the Warehouse District will be the subject of this year’s Jane’s Walk Phoenix, set to take place this Saturday, May 1, from 9-11 a.m.

Jane’s Walk is a series of neighborhood walking tours started in 2007 spread throughout many notable cities commemorating famed urbanist Jane Jacobs. Jacobs, who had no proper training in city planning, strove for walkable, dense cities with strong community connections. 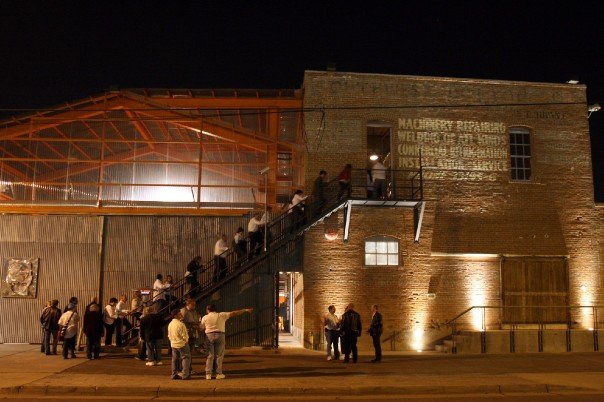 The organizer and pioneer of the second annual event, Yuri Artibise, sees the Warehouse District, particularly the section east of Central Avenue just south of the stadium and arena, as an integral part of Downtown Phoenix’s cultural heritage, yet few even know it exists. Oddly enough, many sports fans park here en route to the ballgame, quickly searching for a parking space and shuffling north to catch the Suns, D-backs or Mercury.

The walk will begin at AmenZone, on Buchanan Street between 1st and 2nd streets. A great example of adaptive reuse, this “primal” workout facility meshes old warehouse bones with a bright, welcoming façade, something few to none of the buildings in the area have accomplished.

From there, the walking tour will move in a clockwise fashion up near US Airways Center to the site of the Sun Mercantile Building and the Phoenix Seed and Feed Warehouse (the oldest remaining warehouse in the city), then south to the heart of the district on Grant Street.

Grant Street is home to a cluster of buildings from 2nd to 7th streets in various states of update and repair. Most of the buildings on the tour were acquired in the mid-2000s by Michael Levine.

Many projects in and around the Warehouse District failed to gain momentum, stalled due to lack of funding, never got past the proposal stage or withered with the economy. What buildings are left standing are a treasure to the city, and they should be treated as such. The goal of Jane’s Walk is not only to spend a morning walking in an urban setting, but also to learn the history of the places around us, share stories and insights and present ideas for improvements.

To RSVP for Jane’s Walk, head to the Facebook event page.

Full disclosure: Yuri Artibise is a frequent contributor to DPJ. DPJ is in no way sponsoring this event.

If You Go: Jane’s Walk Phoenix