The Second City Yucks up Arizona

Ever wonder what would happen if The Second City crew came up with a comedy revue about Arizona? Well, wonder no more, because it has happened! If you are not familiar with The Second City, it is a renowned improv-based sketch comedy group primarily based in Chicago with locations in Toronto and Hollywood. The troupe has brought countless comedians to the spotlight, including Tina Fey, Jim Belushi and Stephen Colbert. But, what exactly are we in store for, you ask? Let’s say a night full of hilarity regarding pressing issues such as snowbirds and Sheriff Joe Arpaio! 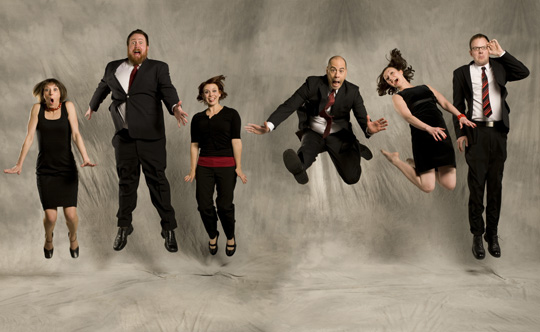 Matt Hovde, the artistic director of The Second City Training Center and director of “The Second City Does Arizona, or Close but No Saguaro,” took some time to explain the process. Two writers from The Second City spent a week in Arizona with the Arizona Theatre Company, the folks that are graciously hosting the sketch comedy act. In their time here, they researched with locals and gathered information about our state’s current events, political issues and local traditions. From there, they create and combine material with written satire to bring us a fine collection of songs, scenes and monologues that are sure to make the audience laugh.

The best part about the show is that you will know exactly what they are implying and mocking. Different versions have been performed with great success for cities like Atlanta, and we hear one is in the works for Boston. I think it is time we sat down and took a comedic look at our fair city! Truly, what is better than being able to laugh at ourselves and where we live when times are tough?

The Arizona Theatre Company is showing “The Second City Does Arizona, or Close but No Saguaro” from April 29 to May 16 at the Herberger Theater. Be sure to get your tickets and check out some all-star actors and actresses from The Second City perform as would-be Zonies!