Bringing Fast-Casual to the Core: Verde

You’d think being one of the largest cities in the United States, no more than a few hours from the Mexican border, Phoenix would be bathing in some of the best Mexican food outside that country itself. There are great — even fantastic — examples here if you know where to look; however, they are still factually meager in number when comparing Phoenix with its contemporaries, especially some of our own neighbors here in the Southwest. 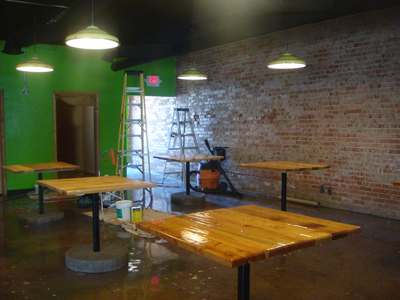 Over the past five to 10 years, however, things have proudly been evolving. Albeit glacially, the Phoenix area — especially Central Phoenix — has begun to better represent its Hispanic roots in a more pronounced (and edible) way. From serious taco shops, to Mexican seafood beyond the fish taco, to the overflowing popularity of Mexican grocery stores, to regional cuisine radiating from areas outside of Sonora, we are definitely getting there.

Enter Phoenix’s newest example of maturation: Verde. It has now been nearly one year since rumblings of this casual, neighborhood eatery first registered. Well situated just off Roosevelt Row, on the southeastern corner of 1st and Garfield streets, the new restaurant intends to direct an upstanding focus on not only the food, but also the neighborhood as well.

Verde is the creation of dedicated local restaurant veteran, co-chefs/managers Joseph Aguayo, and Matt Avilla, who has worked for Hillstone Restaurant Group in the past. 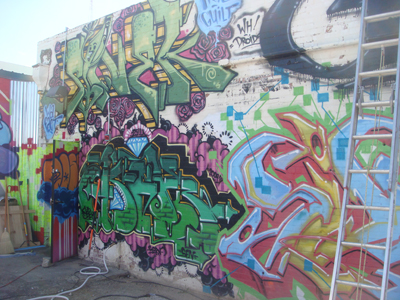 Verde hopes to give serious limelight to regional Mexican cooking. The concept is “old styles in new ways.” Though it is casual in setting, expect chef-driven cuisine with a strong neighborhood feel.

Part of the new restaurant’s fast-casual orientation is a walk-up counter, and self-seating. Verde’s menu aims to be a straightforward relay of inexpensive, high-caliber food — organic, locally sourced and housemade whenever possible. Dependent on a subsequent liquor license, Verde also plans to offer a modest selection of beers, wine and unfussy cocktails.

Besides some rotating daily specials such as menudo and tamales, the angle is clearly an uncomplicated menu. The menu will be simple, but sharp. Aguayo adds plainly, “Beef, chicken, pork, fish, that’s it — all done very well. Nothing complicated.” 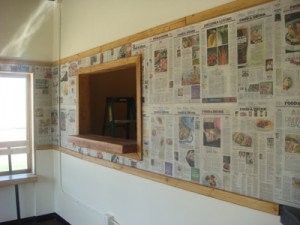 An ode to the local food movement

The gutted circa-1930s building, once the address of a crude strip club in the 1980s and, more recently, an independent arts and new-age worship venue, has been thoughtfully transformed into a bright, reliably modern space, with a welcoming neighborhood sensibility. With the majority of materials used in its construction and design either locally reclaimed or efficiently sourced, “Verde” is more than just another name — it is also an eco-conscious badge of honor.

At buildout, nearly 80% of all materials used will be considered ‘green’ in one way or another, including the no-gas, energy-efficient kitchen; low-water-usage bathrooms; and countless examples of recycled wood used throughout, from the serving counters to the tables and chairs.

Simple picnic tables abutting Verde’s entrance on 1st Street will soon provide casual seating options for the outdoor inclined. In the hopefully not-too-distant future (the city of Phoenix’s medieval permitting process allowing), the owners eventually hope to transform the building’s backdoor parking lot, decorated colorfully by local and nationally respected graffiti artists, into some sort of dual dining/event space to be utilized during special events, most notably on First Fridays. 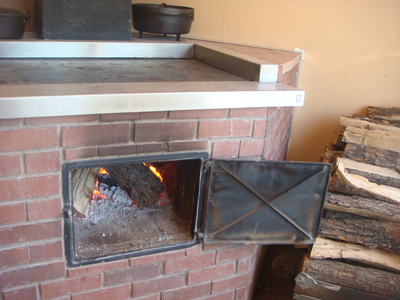 One of the many playful, standout design elements — an “ode to the local food community”— is a massive collage of local newspaper clippings from various periodicals’ food sections on display as patrons first enter. With each page or cutout glazed over, preserved like a time capsule of local food media coverage, it is a clear omen Verde will exist to not only please local diners with improved Mexican fare, but to also please the maturing city and neighborhood it so proudly represents.