A Musical About a Musical 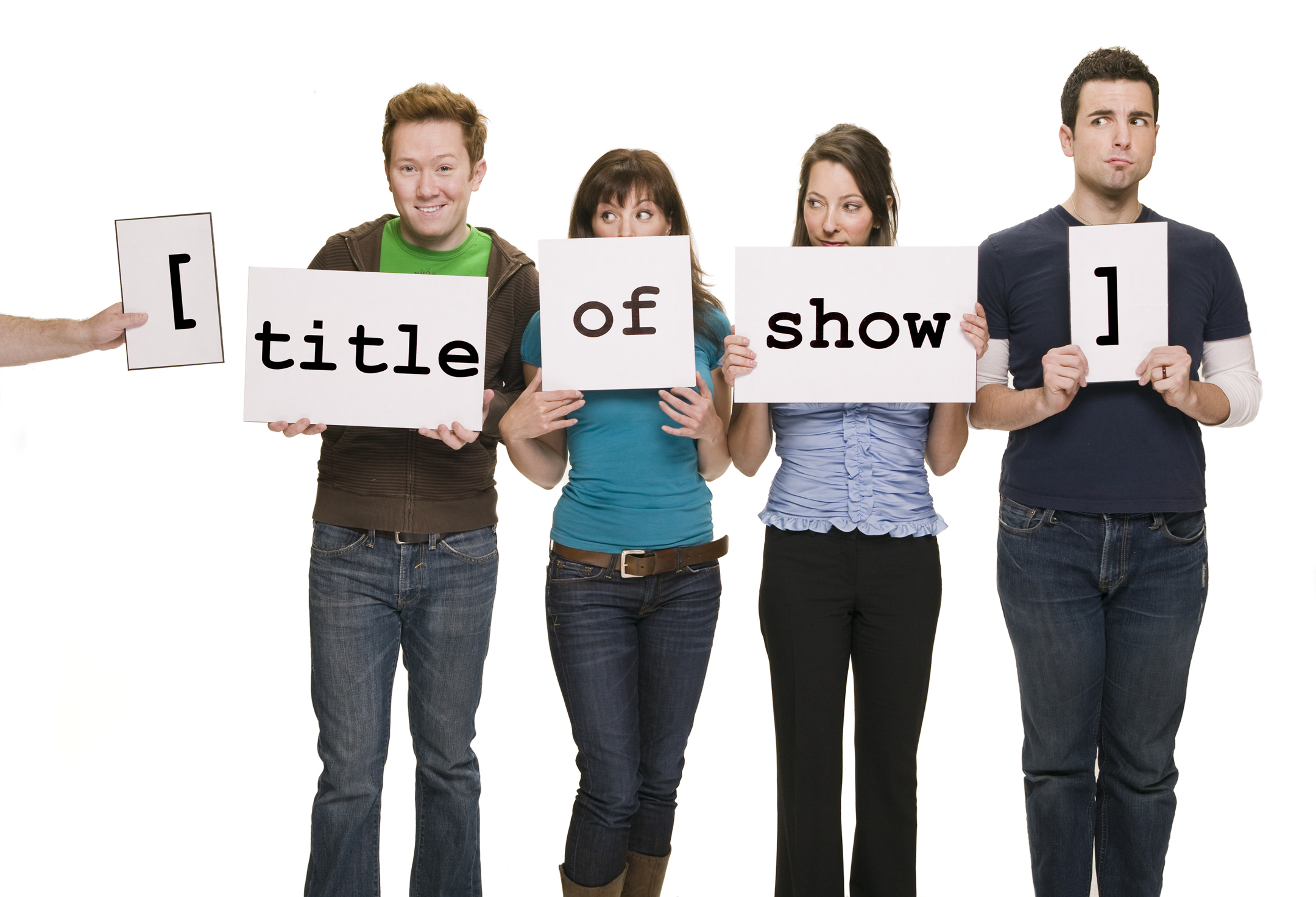 It’s called [title of show]. When I had first heard about this production, I thought, “OK, a musical about musicals?” I pictured a combination of West Side Story, Wicked, Rent and Le Miserables. You know, where Maria meets Jean Valjean and where Glinda and Tom Collins are lovers. The only route I could see was simply a parody.

While comfortable in my seat waiting for the show, I thumbed through the program to see what this play is about. I noticed that there are merely five cast members and that the stage is minimally designed. Well, at this point I knew my theory was way off. At that point, I’m thinking this play could go anywhere, so I patiently wait for it to start.

I was pleasantly surprised at the wit and simpleness of this play that spent three months on Broadway. After all, people are used to big props, popular actors or actresses playing the lead roll and lavish costumes to go along with it. Not this show: five cast members, a keyboard, four chairs and a couple of doors are all they needed to complete a Broadway-worthy production.

I can’t go into too much detail, because you should really see this play for yourself, but I can tell you that they touch on every aspect of two guys who come up with an idea to write a play together. Think of it as though you were watching 24 — real-time TV. Well, this is real-time theater.

After the show, we were fortunate enough to participate in a discussion panel with the actors and actresses. The music and lyrics were written by Jeff Bowmen and the book by Hunter Bell. Originally, when the play was on Broadway, the characters played themselves. This truly is an autobiographical production — it took four-and-a-half painstaking years to create. As more questions were asked by the audience, we were enlightened by the fact that some of the actors starring in the Arizona Theatre Company production are close friends with the writers. All of the actors in this production of [title of show] were excellent, and I was able to emerge myself in all of their characters.

[title of show] is playing at the Herberger Theater through March 7. The creators of the show, Jeff Bowen and Hunter Bell, will appear on stage March 4 for a post-show discussion. Also, original cast member Larry Pressgrove will play the role of “Larry” for the final week of the Phoenix run. Don’t miss this opportunity to see an intelligent off-Broadway production and meet the creators to ask them all the questions I guarantee you will have in the end!