A week ago, the Suns had lost three of four and were heading into a primetime showdown with the Dallas Mavericks on TNT, a network on which they had lost 18 straight games. One of the few bright spots for the Suns during that tough four-game stretch leading up to the Dallas game was the play of Goran Dragic. Dragic continued his impressive play, scoring 13 points and being a +8 in helping Phoenix break the TNT curse and starting the team’s current four-game win streak by defeating the Mavericks a week ago today.

DPJ caught up with Slovenian guard after practice, and he was beaming with positivity before heading out on the Suns’ current road trip. 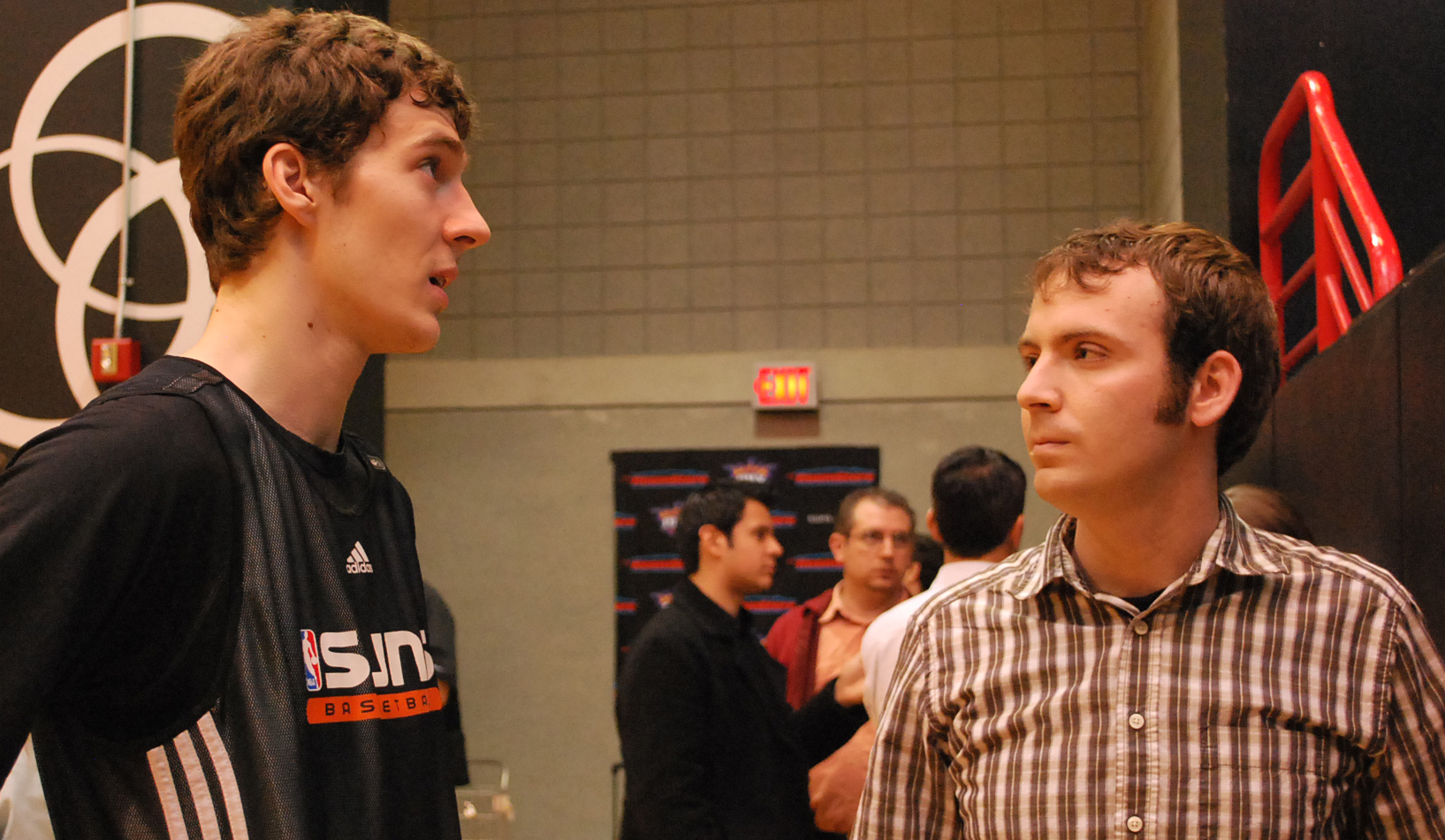 “We had lost 18 in a row, it was kind of a curse, but [it] was a great win against Dallas. We played great on defense and on offense,” the second-year guard said. “Now we just have to keep doing these [things].”

From his rookie campaign a year ago to halfway through his second season, Dragic has made huge strides in his on-court productivity. “Last year was a little tough for me,” Dragic said. “Different culture, different people. The league is a little different than in Europe, so I needed a little bit of time to adjust.”

And adjust he has, doubling his scoring average from 4 in his first season to 8 this year on an impressive 47% shooting from the field. More than raised stats, though, Dragic has a new swagger to his game, playing with a lot more confidence and even receiving crunch-time, fourth-quarter minutes on occasion. El Dragón, as some of his teammates call him because, as he says, “my last name is hard to pronounce,” attributes this progress to time spent with assistant coaches Dan Majerle and Igor Kokoskov and the added confidence he received when Alvin Gentry took over as head coach midway through last season.

“Alvin gave me this confidence that I needed,” said Dragic. “Every time when I lose the ball, I was looking at the bench and I was nervous and he just told me, ‘Kid, forget all the bad things. If you’re going to lose the ball, if you’re going to miss the shot, just play your game.’ And really, that helped me a lot. This year I’m not thinking about missing the shot or if I’m going to make a bad pass. I’m just going to play my basketball.”

Not only has he grown on the court, but he’s also grown fond of a city of which he virtually knew nothing about before his arrival. What little Dragic knew about Phoenix when he was drafted he learned from former Phoenix Sun Marko Milič, a fellow Slovenian player most famous for dunking over a car. When asked if he could dunk over a car, Dragic laughed, “Not me. Marko is a great guy. He can dunk. I remember, I was 8 years old when I saw that dunk.”

Spending most of his free time hanging out with friends around the pool or taking in a movie (he recently saw Avatar, but not in 3-D, because as he mentioned, “it was sold out”), Goran appears to be liking Phoenix. “It’s awesome, I like the weather. In Europe, it’s really cold. The city is nice, the people are very nice. Now I know a lot of people, have some friends here… my cousin is here. So far, so good.”

A few of our faithful tweeps tweeted questions for Goran Dragic. We haven’t quite convinced him to start tweeting (yet), but he was happy to answer the questions.

@jose602: Any restaurants or places in Phoenix that you like to go to when you’re homesick?

Dragic: “My mom is Slovenian and my father is Serbian. Here there is a lot of Serbian people. There was one Serbian restaurant called Nostalgia, but now they closed it. So, that was the only, how do you say, the only restaurant from my country.”

@EnemyEny: Given your recent performance, what do you think of the Ricky Rubio to Phoenix rumors?

@pjspaws: What is the biggest difference between European basketball fans and American fans?

Dragic: “Fans? Phew, lot of different. In Europe there’s more pressure from the fans. When we play in Serbia and Belgrade, sometimes after the game I have to have a towel over my head because they are throwing coins and all this stuff. It’s a little bit crazy, more intense. More pressure and everything… here in the NBA it’s a little bit different. Some teams have great fans. Golden State, Utah [and] our fans are great, but it’s a huge difference than in Europe.”