At the corner of 4th and Garfield streets, Nine|05 seems to be in a world all by itself — surrounded on its two main sides by expansive dirt lots — though it’s just half a black south of Roosevelt Street’s main arts drag. But, in a matter of months, two new concepts, European-inspired gastropub Canteen and El Rey, a Mexico City-style taco n’ tequila joint, will round out the corner, completing the mini-empire renowned Valley chef Matt Carter and his business partner, Jay Bogsinske, began envisioning nearly three years ago. 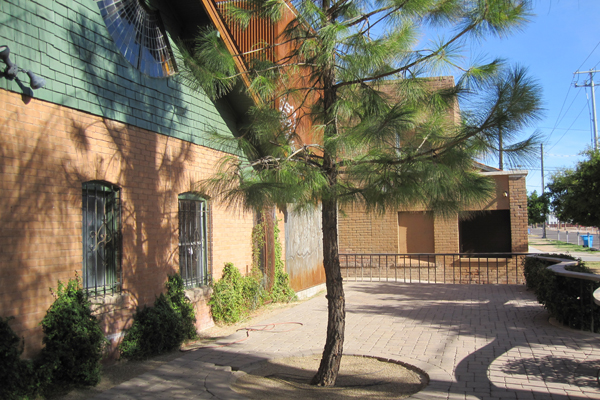 Canteen (left) and El Rey are the final two pieces to the puzzle on the corner.

Carter and Bogsinske had eyed the building on Garfield Street butting up to the alley between 4th and 5th streets for the El Rey concept for years. It wasn’t until Johnny Chu’s Fate left the original Nine|05 space on the corner that they realized the entire dream. The landlord approached them to announce the availability of what would become Nine|05. 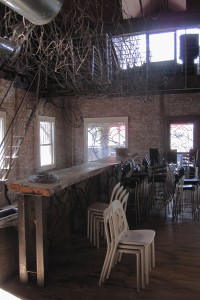 “We feel like we have an opportunity [on this corner] that someone else should’ve taken already,” Bogsinske says, smiling. “We had to take it. We’re excited to be a part of the renaissance going on Downtown. We’ll be here for a long time.”

When Nine|05 opened this past summer, the plan was to quickly follow up with Canteen as the heat tapered off. However, as Bogsinske reports, a lot of unforeseen red tape had to be cleared first. After months of delays installing water systems for a separate fire hydrant system — an issue Carter and Bogsinske weren’t aware of when they moved in — they’re back on track, eying a March opening date. The menu is a mix of Western European fare and comfort food with a strong bar influence — a mixologist will be behind the bar, and they’ll experiment with “moonshine-like” concoctions in oak barrels.

“We want to do something that will be the biggest food movement Downtown,” Bogsinske says. “We said, What do we eat when we’re out of town in New York or San Francisco? At 2 in the morning we’re eating Latin food or Asian food or really high-speed bar food. We said, Let’s do that.”

The Canteen space, similar in size and scope to the neighboring Nine|05 building, lends itself to the gastropub concept: a vaulted ceiling with swirling (incredibly eccentric) ironwork overhead, a second-story nook for DJs and live music, dark wood floors, a long hardwood bar and ample room for a charcuterie area featuring all sorts of tasty meats. The patio bar, currently used as an outdoor bar area for the Nine|05 space (and home to Thursday night open mic events), will inherit the Canteen menu, and will have a weekend European brunch complete with morning-after cocktails. 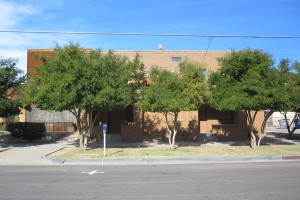 View from Garfield Street of the future El Rey. Expect this building to start taking shape this spring.

The focal point of the room, the octopus-like iron structure floating above the bar, creates interesting shadows throughout the day, depending on how much light shines through the windows. It gives the room different auras depending on when you visit. All sorts of European-inspired vintage fixtures and trinkets will give it a “European hodgepodge feel,” as Bogsinske describes it.

The El Rey building, which Bogsinske says they’ll start to seriously work on in March once Canteen is completed, has ambitious goals, too, but he is quick to mention the low price points and laid-back atmosphere they’re trying to achieve. 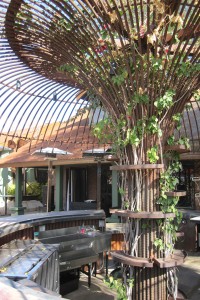 “We’d always envisioned this building as a taqueria,” Bogsinske recalls. “Not like everyone envisions — without all the fried stuff, without all the fat, heavy food. Think stuff with more flavor; ingredient-driven food. We’ll have whole chickens, pigs and stuff on rotisserie, and we’ll come to the table and chop it off. We’re thinking about all kinds of shared condiments and salsas — chimichurris, salsa verdes and all different things on a table. It will be a very shared experience (amongst patrons).”

Upon completion, the El Rey building will have a stripped-down vibe that carefully preserves the 101-year-old structure. The building will be more cavernous than it appears from the outside, and lots of natural light will peak in through large, converted windows. The rooftop, accessible via elevator, will feature a lounge/bar area with live music that emanates east toward the Garfield neighborhood.

Bottom line, as Bogsinske describes it: You’d have to go to a culinary city like New York to get this kind of experience. The food isn’t only ingredient driven, but painstakingly laborious. The attention to detail on the plates at Nine|05 and the two upcoming projects doesn’t go unnoticed. Expect the same eye for detail in the two upcoming spaces.

This corner will be transformed into a destination spot for all kinds of price points and interests — everything from cheap tacos at El Rey, to upscale ramen at Nine|05, to DJs and homebrewed concoctions at Canteen — a whole world of flavors. 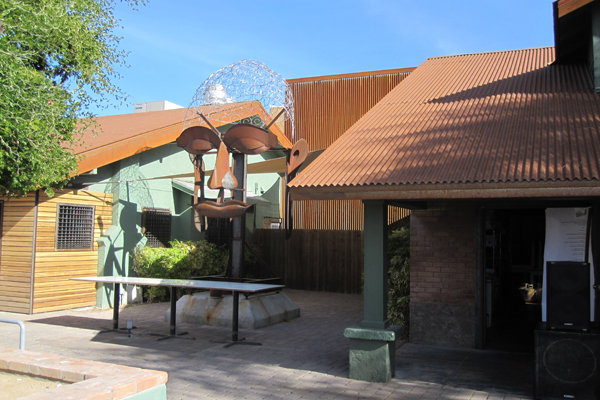 The patio space between Nine|05 and Canteen.